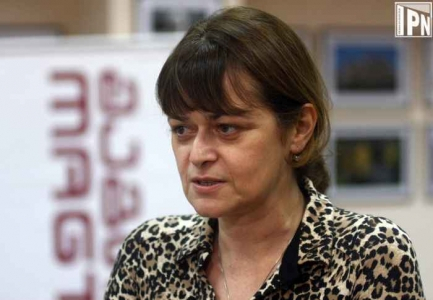 According to InterPressNews, Maia Miminoshvili is in charge of recruiting new members.

Maia Miminoshvili’s employment in the Georgian Dream party has been confirmed by Kakha Kaladze, but he did not specify Miminoshvili’s position in the party.

"Maia works in the party. As for the employment of new staff, the political board is in charge of it," said Kakha Kaladze.