"Abkhazian way" for Karabakh - a new avanturre of the Armenian lobby 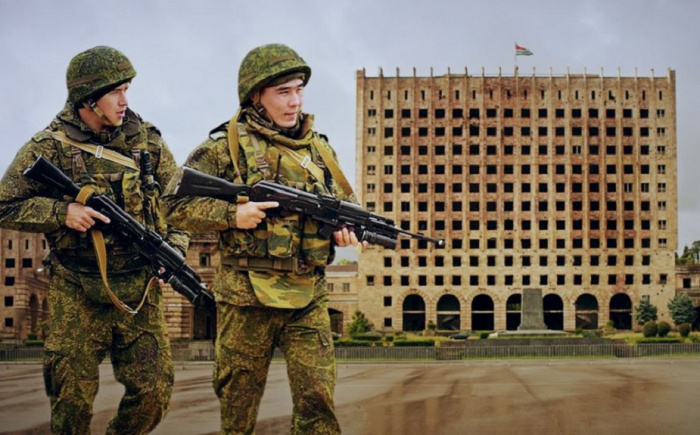 It would be naive to believe that the Armenian nationalists will put up with the loss of the Azerbaijani lands of Karabakh, which they have held for a long time, and will finally engage in the civilized development of the Republic of Armenia within the internationally recognized borders. Moreover, in the opinion of a number of Armenian "strategists" the situation for revenge is still favorable.

Most importantly, in fact, powerful representatives of the Armenian lobby remained in power in Russia. Armenian Mishustin is still the head of the Russian government. Lavrov-Karantarov is still determining Russia's foreign policy. Simonyan, along with her husband Keosayan, are the main Kremlin propagandists as before.

Therefore, even now the Armenian lobby is trying again to use the “Russian bear” as a “submissive” force in order to try, if not to recapture the lands of Azerbaijani Karabakh, then at least “gain a foothold” in the territory that is still under the control of Russian peacekeepers. And for this, the Armenian and pro-Armenian media began to propagate the so-called "Abkhazian way" for the stub of "Artsakh", where the Armenians who had previously fled from the war are returning to the protection of Russian peacekeepers.

This, in particular, in the jam-news edition in the material "Opinion: What will happen next with Karabakh and Armenia?" Naira Hayrumyan directly writes:

“Now the corresponding development of events can also be discussed. In particular, they talk about the possibility of an “Abkhazian way” for Karabakh, when Russia can recognize its independence. Or at least to distribute Russian passports there en masse - in order to then protect the rights of their subjects.

Another discussed perspective is the integration of Armenia into the Russian space.

Armenian media write that Russia stopped the war in exchange for Prime Minister Nikol Pashinyan's consent to annex Armenia to the Union State of Russia and Belarus."

Apparently, the plans to implement the “Abkhazian scenario” with respect to Karabakh, using “Russian force”, were long ago and were associated with the change of the pro-Western vector of Armenia to the pro-Russian one. Moreover, judging by the latest trends, the Russian Federation not only does not intend to return the occupied Georgian Abkhazia to Georgia, but, on the contrary, is actively engaged in the issue of “harmonizing” separatist legislation with the Russian one, i.e. in fact, preparations for the direct annexation of Abkhazia. A kind of "Crimean scenario", only with Caucasian specificity.

The "Crimean scenario" for Abkhazia may well occur in parallel with the "Abkhaz scenario" for a part of Nagorno-Karabakh. Naturally, all this will be presented to the Russian public as “work in the Russian interests”. Although, of course, Armenian nationalist interests will be defended both there and there. In particular, the "harmonization" of the legislation of separatist Abkhazia with the Russian one will lead to a massive purchase of land and real estate by ethnic Armenians (including "Artsakh"), as a result of which the Abkhaz themselves will hopelessly turn into a disappearing minority on their land.

Moreover, some pro-Armenian media are already beginning to "run ahead of the locomotive" and speak directly about the plans "to annex Nagorno-Karabakh to Russia." Of course, not really in Russian, but in Armenian interests. In particular, iarex writes about this in the material “Russtrat: Karabakh will remain Karabakh only within Russia” (https://iarex.ru/news/78740.html):

“To prevent this from happening, the Armenian population needs to realize a simple truth - the peacekeeping contingent does not intend to protect the hostile or at least indifferent neutral people for a long time. To give Russia grounds to defend this land “as her own”, it must become such."

What conclusion can be drawn from this? As long as there are precedents of separatism, redrawing of borders and occupation of foreign lands in the South Caucasus, the risk of a new war, in the same Karabakh, remains. And so that political adventurers do not have the temptation to use in Karabakh or anywhere else the “Abkhazian way” or the “Tskhinvali precedent” (with provocative involvement of Russian peacekeepers in the conflict), the problem of the territorial integrity of the states of the region should be resolved as soon as possible, since and forever.

Those. the territorial integrity of Georgia and full jurisdiction of the Georgian authorities must be restored in the so far occupied lands of Abkhazia and the Tskhinvali region. Georgian refugees should return here as soon as possible and Armenian settlers who are already arriving en masse in separatist Abkhazia from a foreign land.