Mercenaries of Armenians from Crimea were not allowed to enter Karabakh, unlike mercenaries from Abkhazia and Samtskhe-Javakheti 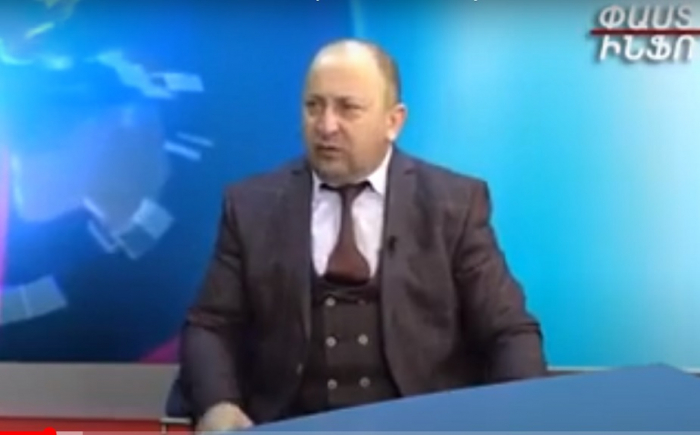 The real attitude of the authorities of the Republic of Armenia towards Georgia is gradually becoming clear. Yerevan rulers are deeply hostile to the Georgian state, deliberately supporting separatism on Georgian territory. They also demonstratively show that they do not care about Georgian national interests.

This was most clearly manifested in the last Karabakh war, in which Armenian separatist fighters from the Georgian regions of Samtskhe-Javakheti and occupied Abkhazia participated as mercenaries. Illegal recruitment of Georgian citizens of Armenian nationality as mercenaries, openly in broad daylight, was carried out at the central stadiums of Akhalkalaki and Ninotsminda. At the same time, in Karabakh, one of the leaders of the "Javakhk" separatists, Vahagn Chakhalyan, was actively promoting with his militants on social networks, promising to "return" to Georgia to continue the separatist war, this time against the Georgian state.

Well, the Armenian militants from Abkhazia, many of whom, as part of the Baghramyan battalion, participated in the genocide of the Georgian population of Abkhazia in 1992-1993, demonstratively and without hiding, arrived in Karabakh, via Sochi and Yerevan. And in the occupied Azerbaijani territories they were solemnly built by the leader of the “Artsakh” separatists Arayik Harutyunyan.

It is understood that both "Javakhk" and "Abkhazian" Armenian militants came to the war in Karabakh through Yerevan, with the full consent (and with the help) of Nikol Pashinyan's government. Those. the authorities in Yerevan have demonstratively shown that they support the dismemberment of Georgia and support separatism on its territory.

However, not only Georgia and Azerbaijan suffered from separatism in the post-Soviet space. Ukraine, which occupied Crimea and a significant part of Donbass, also suffered from it.

At the same time, one of the "founders" of the Crimean separatist movement in the 90s of the last century (thanks to which the occupation of the Ukrainian Crimea became possible in 2014) is a native of the Armenian village Bolnis Khachen located in Kvemo Kartli, Georgia Anushevan Danilyan. For a long time (1996-1998) Anushevan Danilian held the post of Deputy Chairman of the Supreme Council of Crimea and in every possible way inflamed separatist sentiments, at the same time being involved in criminal corruption schemes.

When Ukrainian law enforcement agencies took up Danilyan, he fled to Armenia. Then he ended up in the Azerbaijani lands of Karabakh occupied by Armenia and from June 1999 to September 2007 he was the prime minister of the separatist "NKR". He was replaced in this post by the future last “president” of the separatist NKR Arayik Harutyunyan.

It would seem that after that, the Crimean Armenians should have been “welcome guests” in the separatist “Artsakh”. Especially the Armenian militants, who played their role in the occupation of the Russian peninsula in 2014. And a detachment of such militants was formed. But Nikol Pashinin's government at the height of the war, when it was gathering terrorists and mercenaries around the world in order to "hold" the crumbling front, unexpectedly did not let him into Karabakh. One of the activists of the Union of Armenians of Russia Levon Mukanyan, in particular, shared this on his Facebook page by publishing a corresponding video (https://fb.watch/2b8xcX-mGn/):

“The Armenian authorities did not allow 450 Crimean trained militias to enter Artsakh to help the Christian brotherly people! In the studio - Armen Hamletovich Martoyan (Samvel), member of the Board of the Union of Armenians of Russia, commander of the people's militia of the Republic of Crimea, deputy of the State Assembly of the second convocation of the Republic of Crimea, head of the Armenian community of the city of Simferopol. Armen Hamletovich cites irrefutable facts and responds to the accusations brought against the Armenian people by Nikol Pashinyan and Arayik Harutyunyan that the Armenian diaspora did not come to defend their homeland and that is why such a picture emerged during the fighting in the Artsakh war. "

Why Pashinyan did not allow Armenian mercenaries from the occupied Ukrainian Crimea to enter Karabakh is not difficult to guess. The authorities of the Republic of Armenia do not want to spoil relations with Ukraine.

But then it turns out that the authorities in Yerevan clearly have double standards in relation to Ukraine and Georgia. They do not want to irritate Ukraine by letting separatist mercenaries pass through their territory, unlike Georgia. Separatist mercenaries from Georgia are allowed through Yerevan, meeting them in the recently occupied Karabakh as “heroes”.

Meanwhile, Armenia depends on Georgia much more than on Ukraine. If Ukraine breaks off economic relations with Armenia, it may be untidy for Yerevan, but not fatal. But the termination of transit through the territory of Georgia for Armenia will mean one thing - it will simply cease to exist. At the same time, the authorities in Yerevan continue to demonstratively disdain Georgia's national interests and demonstratively support separatism on Georgian territory.