Leaders of opposition parties to meet with facilitator ambassadors today 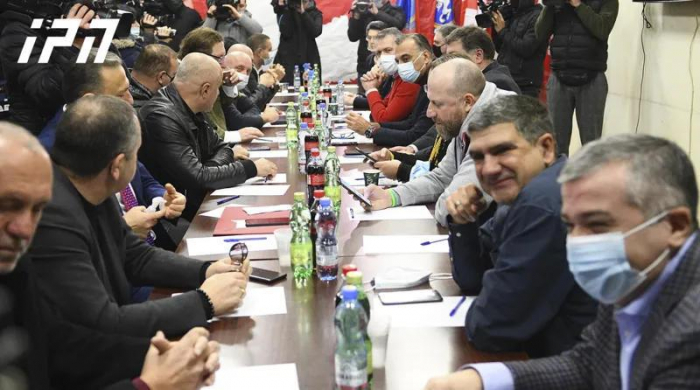 In addition, one of the issues that the opposition will raise at the meeting is to make public the proposals that are considered during the ongoing negotiations mediated by the ambassadors.

Giga Bokeria, one of the leaders of European Georgia, said after the united opposition meeting in Lelo yesterday that all proposals were under the umbrella of re-election. Asked if the ruling party would come up with another proposal, such as lowering the threshold in 2024 and changing the CEC administration, Giga Bokeria said that the opposition would not accept any other offer except for the elections.

As for the statement of the leader of the "Citizens" party, Aleko Elisashvili, yesterday, he said that the opposition parties have agreed on a common position and are ready to hold the third round of talks with the "Georgian Dream".

"We had a heated discussion. It lasted for several hours. There are differences of opinion, but we agreed on a common position and we are ready for the third round and meeting with the ambassadors", - Elisashvili said yesterday after a joint opposition meeting in Lelo.