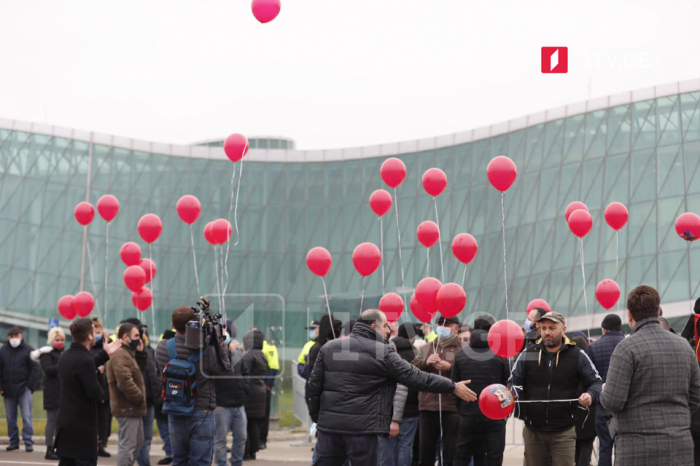 The United National Movement has held a  rally-performance in front of the Ministry of Internal Affairs on Thursday.

The gathered people expressed protest in solidarity with the ongoing rallies in Batumi. They released the helium balloons into the sky near the building of the Ministry of Internal Affairs.

According to them, balloons do not pose any threat and it is absurd when the police forbid citizens to release them.

The police apprehended one person after a clash at Adjara Government building in Batumi on Monday. The clash started when protesters attached balloons to the government building and law enforcement officers removed them.