Jens Stoltenberg: We are stepping up our practical and political support to Georgia 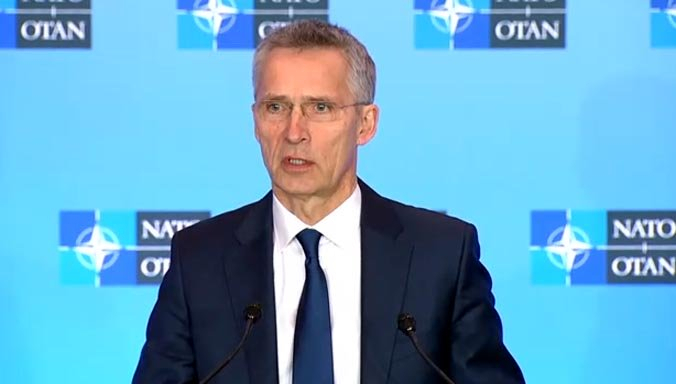 We are stepping up our practical and political support to Georgia, – NATO Secretary General Jens Stoltenberg announced at a press conference on Wednesday, after the meeting of NATO Foreign Ministers.

“At the second session today we were joined by the Ministers of Foreign Affairs of Georgia and Ukraine. We discussed the Black Sea security situation in the region, which is of strategic importance.

Russia continues to violate the sovereignty and territorial integrity of Georgia and Ukraine. It continues its military build-up in Crimea and increases its military forces in the Black Sea region.

NATO is responding by strengthening its presence on the land, at sea and in the air.

Last week, NATO aircraft trained together with the US navy in the Black Sea.

Georgia and Ukraine have valued partners of NATO and make important contributions to our missions. We discussed their reform programs and we are stepping up our practical support. I am pleased that the Allies and Georgia have approved the adoption of an updated substantive package.

Stepping up our political support, ministers agreed to take additional steps to raise the situation awareness in the region and strengthen our dialogue with both partners”, Jens Stoltenberg said.