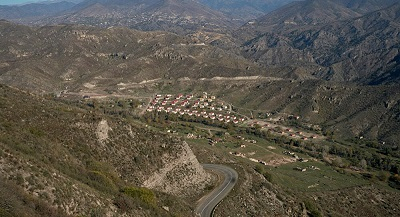 Turkey and Russia have signed an agreement to establish a joint observation center in Nagorno-Karabakh after Armenian forces departed Azerbaijani territories as part of a peace deal signed last month.

Talks on a joint Turkish-Russian observation center, for implementation of the Nagorno-Karabakh peace deal, have been completed. Work is ongoing to launch the center as soon as possible, the Turkish Defense Ministry said Tuesday, as reported by Daily Sabah.

The statement noted that the agreement included technical details about the establishment and duties of the joint center.

About the content of the agreement, the ministry said it was unable to reveal the details due to a specific clause that restricts such statements.

According to previous plans announced by officials, the observation center is expected to be established in Azerbaijan.

President Recep Tayyip Erdoğan previously said Turkish forces would be in Azerbaijan alongside Russian forces for observation and supervision, in areas determined by the Azerbaijani government.