US Ambassador: I would love to see calm, peaceful atmosphere on election day and the day after so that people can safely cast their votes 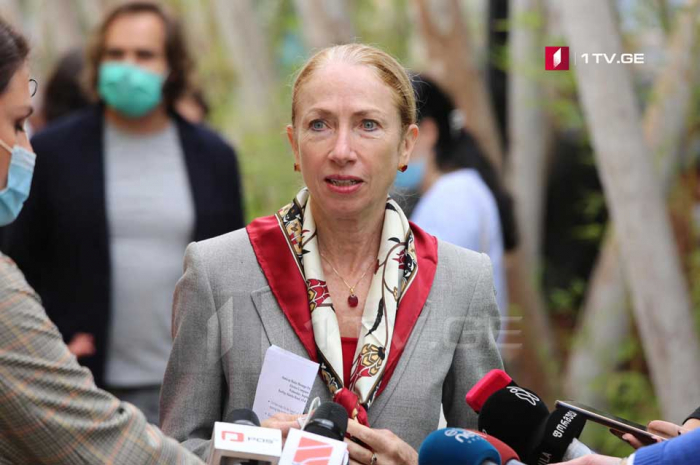 Ambassador Degnan said “free and fair elections go beyond just election day, although, that of course, is very important. This is about a process.”

“The process that should be safe and inclusive and credible. And that viewed as legitimate by the people. In a fair election, in a free election, there is no room for voter intimidation, or vote buying, or forcing people to photograph their ballot or threatening them to fire them if they vote for one party, or promising to promote them if they vote for another party,” stressed Degnan.
US Ambassador pointed out that “the free election means one person – one vote. No ballot box stuffing, no multiple voting, no cheating to win.”

“I think, Georgians will join us in watching carefully their elections, to see whether Georgia is able to uphold the high standards, that it is committed to because Georgians deserve to be able to cast their votes in free and fair elections this year,” noted Ambassador.
Kelly Degnan wishes to see “a calm, peaceful atmosphere on election day and the day after so that people can safely cast their votes.” Ambassador also wants to see “a really high turnout this Saturday.”

“I would love to see candidates that focus on explaining how they are going to meet voters priorities: like creating jobs and stimulating growth. I’d love to see an and to personality politics that has been so polarizing Georgian society and that just opens the way for Russia and other malign actors to create divisions, and to sow confusion in the country,” stated Degnan.