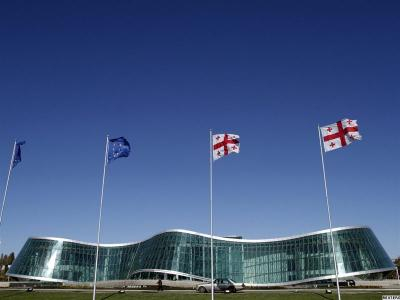 The Ministry of Internal Affairs detained three people in front of the Central Election Commission.

As InterPressNews was told by the Ministry, the above persons were arrested under Administrative Articles 166 and 173, which pertain to petty hooliganism and resistance to the police.

Clashes took place between the representatives of the Labor Party youth organization and the police in front of the Central Election Commission. The situation escalated after the protesters tried to set up a tent in the building. The law enforcers did not allow them to do the above.