Armenia, Azerbaijan accuse each other of violating new ceasefire 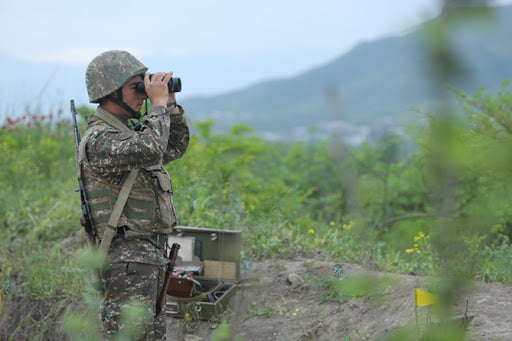 Armenia and Azerbaijan accuse each other of violating new ceasefire over Nagorno-Karabakh.

Press secretary of the Minister of Defence of Armenia, Shushan Stepanyan said: “the regular ceasefire violation has been recorded at approximately 9.10 a.m. Azerbaijani side targeted positions located in a south-eastern direction, firing 5 artillery shells in that direction.”

On October 25, Armenia and Azerbaijan have agreed to a new US-brokered ceasefire in the territory of Nagorno-Karabakh.