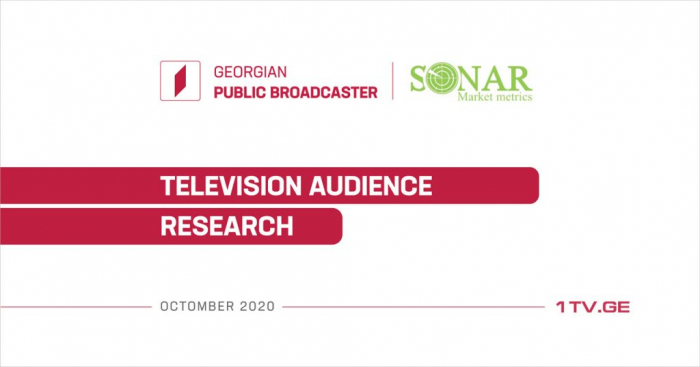 Georgian Public Broadcaster (GPB) publishedresults of the TV audience research. The research was carried out throughout the whole country by Sonar Company, which won in the tender.

The research aimed at determining the demographic structure of TV audience as well as frequency of TV viewing and trust towards different TV Companies.

TV viewers aged 18 and above took part in the poll. The research showed that Public Broadcaster has the lowest trust among other TV Companies.