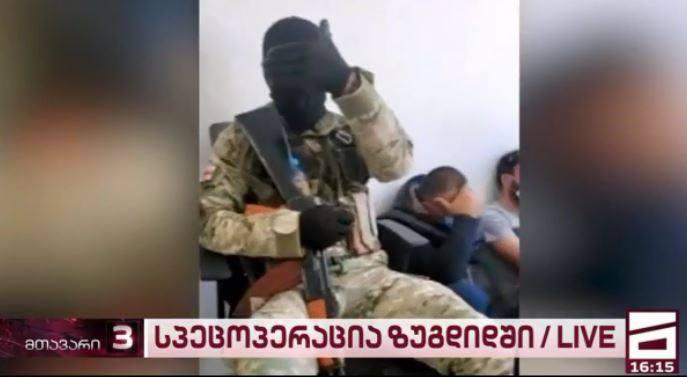 According to Irakli Kvaratskhelia, a person who is currently in the Bank of Georgia building in Zugdidi, the attacker is demanding half a million dollars in cash and a guarantee to leave the building safely.

As Irakli Kvaratskhelia stated on Mtavari TV, there are 19 people together with the armed attacker in a room.

"We are 19 people in the room, the attacker is fully armed. He is holding a grenade in his hand, so any violent solution to this situation is out of question. He says he wants half a million dollars, a guarantee of security and a safe exit. He says no one will be harmed if the law enforcement officers do not intervene and his demands are met. He also demands a helicopter or a car to leave the building together with hostages," the hostage said.