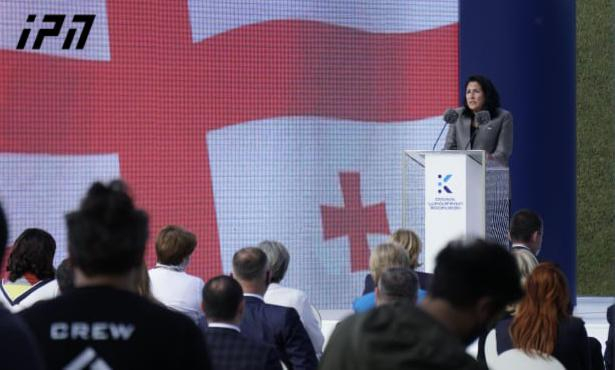 According to her, Georgia is becoming a country where, taking into account the latest science achievements, young people will be able to receive a higher level of education.

The President of the country called the opening a university of a similar scale during the pandemic courageous decision.

"Such a step requires faith in the future, in the youth and in the prospects of our country. It is a continuation of the endurance and courage that has brought us to the present day," Zourabichvili said

According to him, Kutaisi International University is an offer to the youth of Abkhazia and Tskhinvali. The President also expressed hope that this university will be a precondition for reconciliation between Armenia and Azerbaijan.

"Young people from Abkhazia and Tskhinvali are given a unique opportunity to create their own future here, to feel like free citizens of the modern world. I also believe that this university will be a place in this region where Azerbaijani and Armenian students will study together and it will be a precondition for a great reconciliation between these two nations”, said the President.