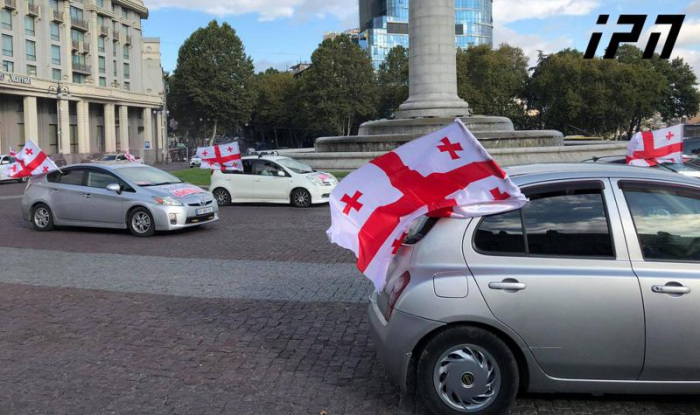 European Georgia held a vehicle march “Give Bidzina a honk” near the Tbilisi City Council. The participants of the event will move to Bidzina Ivanishvili's business center at the next stage.

The event will be held today, October 21, in different areas throughout Georgia.

The concluding part of the event will be held at 20:00 in front of Bidzina Ivanishvili Business Center.