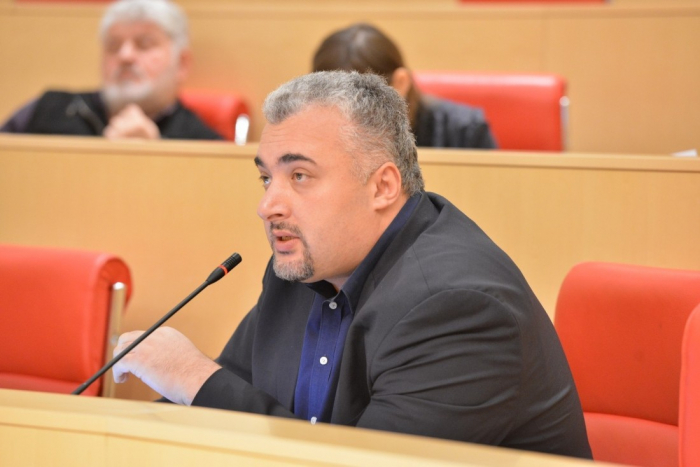 Ivanishvili knows that the only ticket for him to stay in power is Saakashvili. It is unfortunate that Saakashvili himself often helps in this regards and pretends to be his only alternative", - Sergi Kapanadze, the head of European Georgia's election headquarters, told reporters with regards to Davit Gareji issue.

According to Kapanadze, Ivanishvili is losing power and in order to stay in government, he is ready to sacrifice absolutely innocent people, as well as the national interests of the country.

"In Gharibashvili's interview yesterday, the main part was not the maps, but his assessments, which he made throughout the interview, that this is Saakashvili's fault. The fact that this case is not classified, no one is obliged to remain silent, the fact that that this case is part of direct propaganda which portrays it as Davit Gareji case, while the accusations are not connected to Davit Gareji, serves the sole purpose of the next "black" PR against Saakashvili, because Ivanishvili knows that the only ticket for him to stay in power is Saakashvili. It is unfortunate that Saakashvili himself often helps in this regards, by pretending to be his only alternative, but this is not the case at the moment. The reality is that Ivanishvili is losing power. Now he's trying to emphasize that others are worse than him, to retain power. He's ready to sacrifice innocent people in this case, such as Iveri and Natalia, who are now sitting in jail on completely unbelievable charges, having done nothing wrong. So, he is ready to sacrifice national interests, including in negotiations with Azerbaijan. We have such government", - Kapanadze said