Georgia named as free country in Freedom of Net Report 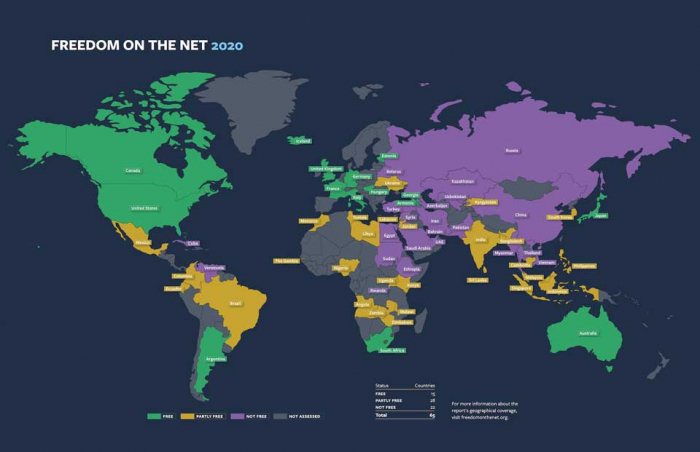 Freedom House assesses the level of internet freedom in 65 countries around the world through its annual Freedom on the Net report. Georgia was named a free country in a report. This year, Georgia has 76 out of 100 points.

According to the report, Georgia’s score increased by one point compared to last year, as a result, it moved from the tenth to the seventh place in the global ranking list.

“Digital freedom is generally protected in Georgia. However, several challenges related to the increase in the number of cyberattacks and in domestic content manipulation were observed during the coverage period. Even though rates of internet access continue to grow, government efforts to expand internet infrastructure have stalled.

Georgia holds regular and competitive elections, and its democratic trajectory showed signs of improvement during the period surrounding a change in government in 2012–13. However, progress has stagnated in recent years” – the report reads.

According to document the territories of South Ossetia and Abkhazia are not covered in this report.