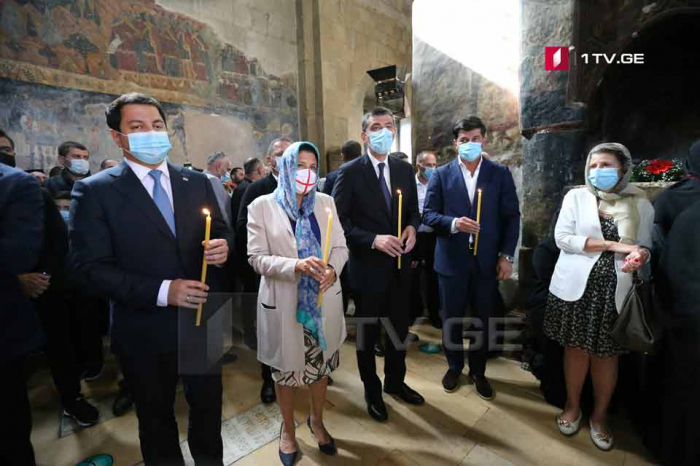 PM said this day unites Georgian citizens and with this unity, it is possible to defeat even the coronavirus.

“Svetitskhovloba is no longer just a religious holiday, it is a state holiday that unites us. This unity, of course, is of the greatest importance today, when we are in a challanging time. I am confident that the citizens of Georgia, the doctors, the Georgian Church, the government will win together and with this unity we can defeat even the worst enemy, such as a virus,” Gakharia said.
The Georgian Orthodox Church celebratesMtskhetoba, Svetitskhoveloba today.

Divine liturgies were delivered in honour of Svetiskhoveli Cathedral (‘the Living Pillar Cathedral’) in churches nationwide.

Svetitskhovloba holiday is celebrated twice a year, on October 14 and July 13.