According to the National Movement, Kakha Okriashvili's election headquarters office was broken into in Bolnisi 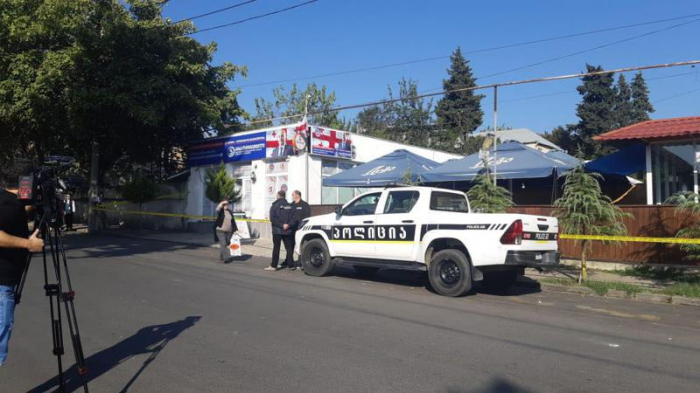 In Bolnisi, the office of Kakha Okriashvili, the majoritarian MP candidate of the United National Movement - Power in Unity, was broken into. The incident took place last night.

As Dimitri Shashkini, a member of the United National Movement, told InterpressNews, experts and law enforcers are currently working on the site. As Shashkini noted, according to the initial information, the computer equipment used by the employees was taken from the headquarters.

Dimitri Shashkini connects the incident with the pre-election processes.

"It may have been committed by the people who formed a gang in the district, terrorized the population and are led by the brother of the incumbent MP, Gogi Meshveliani. In addition, we have an example of not punishing a municipal employee who threw a boulder at a veteran. He has been identified but has not been arrested so far. The governor of Nakhiduri, who threated your colleague to cut his head off, is also not arrested", - stated Dimitri Shashkini.