Georgia is being dragged into the Armenian-Azerbaijani conflict in Karabakh 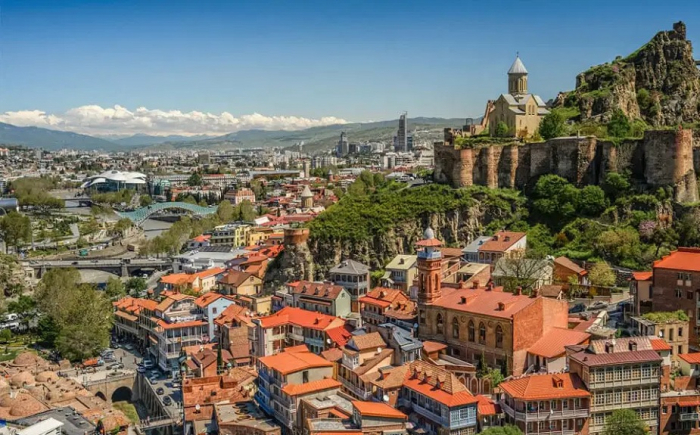 The unprecedented aggravation of the military conflict between Armenia and Azerbaijan in Karabakh is no longer just a matter of concern, but a real concern in Georgia and the entire Caucasus. The clashes that began on September 27 then turned into a full-scale bloody war, which cannot leave indifferent Georgia, which is friendly to both Armenia and Azerbaijan.

Georgia was unwittingly drawn into the Armenian-Azerbaijani conflict that flared up with renewed vigor. In particular, the Ministry of Internal Affairs of Georgia reported that on September 29, unknown persons in the territory of the village of Orozmani, Dmanisi region, dug a hole and cut the fiber-optic cables of international importance laid underground, which go to Armenia. A criminal case has been initiated on this fact.

The day before, telecommunications cables to Armenia were also cut, but this time near the Georgian village of Sadakhlo. This case is also under investigation.

There are several versions of the reasons for the incident. Perhaps, the cables were cut by patriotic activists, after numerous insults against the Georgian backgammon that took place on social networks from the Armenians. In the Armenian segment of social networks, a real campaign of accusations against Georgia has been launched for allegedly "supporting Azerbaijan" and blocking the transit of military goods to Armenia and refusing to allow Armenian citizens of Georgia to cross the border for the war in Karabakh. 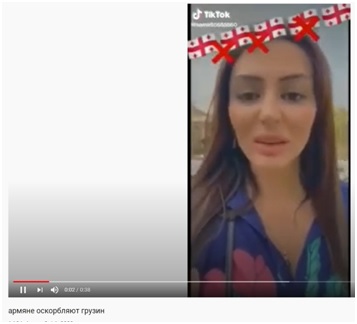 According to another version, the cables were cut by the Georgian Azerbaijanis in response to the call of the Armenian activists of Samtskhe-Javakheti to form battalions of volunteers to participate in hostilities on the side of Armenia in Karabakh.

But most of all, most likely, the correct version is that it was done by a third force, and at the same time specifically in the Azerbaijani-populated region of Georgia. This third force is interested in deteriorating relations between Georgia and Azerbaijan, as well as between Georgia and Armenia. The mere fact that the Russian media were practically the first to give this news, and then picked up by the pro-Russian media in Armenia, suggests that this provocation with the cables has a clear Kremlin trace.

It should be noted that tensions are growing throughout the South Caucasus region and beyond. Wherever Azerbaijanis and Armenians live, clashes begin.
So, after the call of the President and Prime Minister of Armenia to their foreign diaspora for help in sending volunteers, Iran flared up in response. It was calm there, but after the call of Armenian officials, rallies began in the Azerbaijani-populated regions of Iran in support of Azerbaijan and its actions in Karabakh.

Georgia should be out of this tension. Official Tbilisi promptly refused to provide transit through Georgian territory for the transportation of weapons from Russia to Armenia, and as a result, these weapons went to Armenia through Iran. Despite the fact that Georgia banned the transportation of any weapons, both to Armenia and Azerbaijan, for some reason this was not taken into account by the Armenian side as the goodwill and neutrality of Georgia in the flared up conflict. Appeals of the Armenians of Karabakh to the Armenians of Samtskhe-Javakheti with a call to block the roads that lead from Turkey to Georgia have spread. 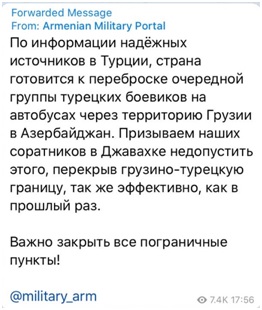 The actions of the Armenian activists were not long in coming, according to media reports, on October 1, residents of the Georgian region of Samtskhe-Javakheti, ethnic Armenians, blocked the road leading to the Turkish border the day before. The rally took place near the Kartsakhi checkpoint, the Georgian service of Radio Liberty reported.

The participants stated that allegedly "Turkey is supplying weapons to Azerbaijan through Georgia." They demanded to ban the movement of freight transport. Law enforcement officers were mobilized on the spot.

A day earlier, the residents of Samtskhe-Javakheti gathered in the village of Zhdanovka, 25 kilometers from the Armenian border, demanding to let the humanitarian cargo into Armenia, which turned out to be cargo for military operations in Karabakh for inspection.

This dangerous tendency of the transfer and escalation of conflict between Armenians and Azerbaijanis in Georgia must be immediately suppressed by the Georgian authorities.

The ethnic communities of Armenians and Azerbaijanis should not leave the country and take part in armed conflicts outside the country. It should be remembered that Georgia itself suffered from the occupation and should not be involved in such speculations, otherwise the conflict may go to the territory of Georgia.

False rumors are spreading through social networks about the alleged transfer of militants from the Middle East through Turkey and Georgia to Azerbaijan to participate in the Karabakh war.

This is mainly spread in Armenian groups, and in response, there are calls to form detachments of Armenian volunteers from Samtskhe-Javakheti to participate in the Karabakh conflict.

Such provocations must be stopped in the bud and Georgia should not be drawn into the conflict between Armenia and Azerbaijan in any way. Otherwise, the cut cables will only be the first signals of larger-scale provocations, which could harm national security.