Armenian aggressors in Karabakh went on the offensive - an attempt to ignite a full-scale war in the Caucasus? 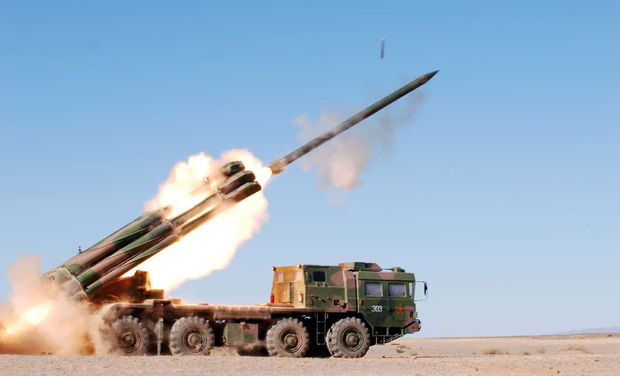 “On the morning of September 27, the situation on the front line in the Azerbaydzhan Karabakh occupied by Armenia sharply deteriorated. At 06:00, the Armenian armed forces, grossly violating the ceasefire regime, fired at the positions of the Azerbaijani army located in the front zone, the villages of Gapanli, Terter region, Chiragly and Orta Gyarvyand, Agdam region, Alkhanli, Fizuli region, Shukurbeyli and Jojug Marjanli, Jabrakil region, using large weapons, mortars and artillery installations for various purposes. There are killed and wounded among the civilian population. Serious damage was inflicted on civilian infrastructure ”- this is what news can be read on Sunday morning from the war, imposed by the separatists.

It is interesting that the provocation of the Armenian Armed Forces began exactly at the moment when the large-scale military exercises Caucasus-2020 came to an end in the south of the Russian Federation and in the Georgian territories of Abkhazia and the Tskhinvali region occupied by the Russian Federation. At the same time, military analysts did not even hide the fact that these exercises pursue a show of force against Georgia, Azerbaijan and Turkey.

There is no doubt that the powerful Armenian lobby, which actually occupied Russia and made the Russian people its hostage and an instrument for the implementation of its insane policy, was behind this saber-rattling. Also, everyone knows very well that the Armenian aggressors want Russia to fight for them. Taking advantage of the fact that the RF is formally connected with Armenia by "alliance" within the framework of the CSTO, which they want to involve in a war for interests alien to them. Into a war that may well grow to a regional scale and become a world war.

After all, Turkey will certainly stand up for Azerbaijan, and it, we recall, is a full member of NATO. And despite the fact that such NATO members as France, Greece and Italy are pursuing an anti-Turkish policy, this does not in the least cancel the allied obligations of the leading NATO country - the United States and a number of other powers of the Alliance ..

However, obsessed with the mania for seizing foreign lands, among which there are Georgian (in particular Samtskhe-Javakheti) Armenian nationalists do not realize that their adventure can not only lead to millions of victims, but also put an end to their statehood. They believe that "their hour has come." Still, their lobby not only guides the policy of France and the US Democratic Party, but also got two key posts in the Russian government - Prime Minister Mishustin and Foreign Minister Lavrov-Kalantarov. Therefore, the Armenian warmongers "are in a hurry to seize the moment."

But it should be recalled that in 1915, the Dashnaks were also clearly in a hurry to betray the Ottoman Empire, which had done so much good for them. In 1920, they also rushed to begin "dividing" the critical Turkey, hoping then to implement the Treaty of Sevres and seize a huge chunk of Turkish lands. Everyone remembers perfectly how it ended. As if the current "haste" in kindling a "big war" does not become fatal for the Armenian aggressors.