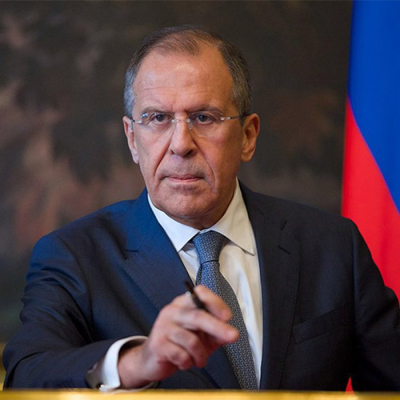 Now they are trying to use Georgia exactly as they are using Ukraine, - Russian Foreign Affairs Minister, Sergei Lavrov, said in an interview with Tina Kandelaki.

According to Lavrov, Russia has no motivation to maintain this situation, because they have never planned anything against the Georgian people.

"The International Monetary Fund (IMF) plays a big role in Ukraine, and recently the IMF decided that all the tranches to Ukraine should be short-term, that is, microcredits, which means being on a short lever, that can always be applied. They also try to use Georgia. We have no motivation to maintain this situation, we have never planned anything against the Georgian people. Everyone remembers how the events unfolded in 2008, everyone remembers how American instructors were there, they trained the Georgian army. Everyone knows that the Americans knew very well about the incontinence of Mikheil Saakashvili, who broke all agreements and issued criminal orders. After a five-day military operation to bring peace, the Council of Europe commissioned a special report, set up a panel of experts led by a Swiss diplomat who was then asked to lead a team investigating the August 8, 2008 conflict. They concluded that all this happened on the orders of Mikheil Saakashvili, all the other talks he tried to use, as if someone was trying to provoke him from the other side of the tunnel, all this is already a fabrication. I think that the Georgian people are wise, they love life, maybe even as much as the nations of the Russian Federation. Anyway, I believe in some common points and common aspirations. I believe that despite everything, they will overcome this anomalous situation and we will restore normal relations between the governments and the people", - stated Lavrov.