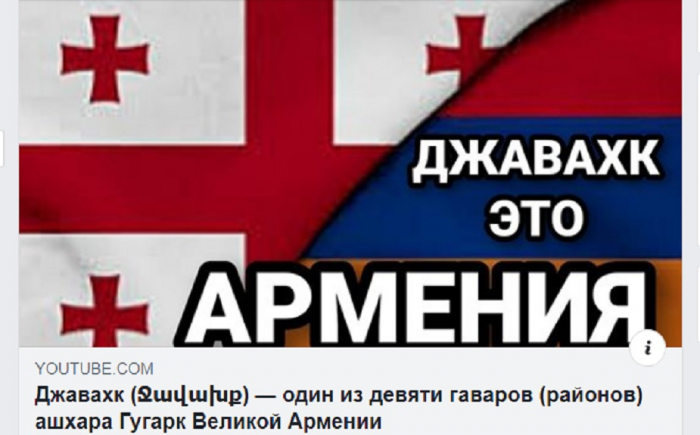 Alarming news for Georgia comes from Yerevan. In the Republic of Armenia, they thought about creating a so-called "people's militia". The Armenian Ministry of Defense has submitted for public discussion a bill that defines relations related to the creation, management, and recruitment of militias. Press secretary of the Armenian Defense Ministry Shushan Stepanyan announced this on her Facebook page.

Formally, the militia is supposedly intended "for the defense" of Armenia. Among the goals of the militia are declared - assistance in the protection of Armenia (territory, population, infrastructures) from "sabotage, terrorist, reconnaissance actions of the enemy", as well as "assistance in the implementation of the life of local self-government bodies."

The general leadership of the "militia" will be carried out by the Chief of the General Staff of the Armenian Armed Forces with the help of the newly formed militia headquarters. Weapons are assigned to the "militias", they are given uniforms, they are appointed to a position, and undergo appropriate training.

“A study of potential enemy hostilities shows that the center of gravity of hostilities can be shifted inland through the widespread use of sabotage, terrorist, reconnaissance or special operations, as well as infiltrated groups of enemy forces. To resist them, neutralize and destroy them, it is necessary to create a grouping of forces under joint leadership, a powerful force in the world that can reliably protect the territory, population, key facilities and infrastructure of the enemy from possible enemy actions, ”the rationale for the“ militia ”bill says.

Those. formally, a "militia" is being created in the already militarized Armenia, which supposedly has to operate on its territory. But we must not forget that the Armenian nationalists consider all the neighboring lands to be "Armenia". Including the Georgian Samtskhe-Javakheti as “the original Armenian Javakhk”.

Therefore, the fact that the authorities of the Republic of Armenia decided to create a so-called "militia" is a danger primarily for the neighbors of Armenia. Since there is a real possibility of "legal support" for armed separatist militants in the Samtskhe-Javakheti region. Not to mention the invasion of the regular Armenian army there in the form of "militia", as well as the arming of local separatists as "militias".

It's no secret that almost the majority of Armenians in Samtskhe-Javakheti have Armenian citizenship in addition to Georgian. Those. they may well be enrolled in both the separatist and the "militia" formed on the territory of Armenia under the command of the Armenian military and the General Staff of the Armed Forces of Armenia.

Moreover, in fact, the history of the Ukrainian Donbas, which was largely occupied by the Russian Federation, may repeat itself in Georgia. Recall that the regular Russian army does not officially fight there. The so-called "militia" of the DPR (the separatist self-proclaimed so-called "Donetsk People's Republic") is formally fighting. But in reality, these are the same Russian military personnel a little "diluted" by local separatists.

By analogy, Samtskhe-Javakheti may have its own DPR, more precisely the “Javakhk People's Republic”. With the same as the DPR in the Donbas, the military invasion of a foreign army operating under the guise of "militias".

That is, in reality, aggression against Georgia will be carried out by the regular military of the Armenian army, led by the General Staff of the Armenian Armed Forces. And formally for the media and the world community, there will be a confrontation between the central government and local residents, "militias". In the same way, as in the Donbas, it is not the regular Russian army that is allegedly fighting against the regular Ukrainian army, but "militia miners".

Meanwhile, the situation in Samtskhe-Javakheti becomes tenser and tenser as time goes on. In fact, a "militia" of separatist militants in the region has already been created. Allegedly "peaceful rallies" but in fact, the gatherings of these militants - "volunteers" in Akhalkalaki have already taken place. There were also clashes between them in the same Akhalkalaki, with victims and pogroms.

The situation in the region is getting more complicated. Certain external forces clearly gave the "task" to cut strategically important transit routes passing through this region of Georgia, primarily the "Southern Energy Corridor". There are many signs that an armed uprising by the separatists could occur at any moment. And for any reason, even the most insignificant one.

So recently, in the area of ​​the village of Toria, Ninotsminda municipality, there was an attack by local Armenian separatists on peaceful shepherds from another region of Georgia. The Armenian extremists and separatists infected with nationalism were unhappy with the fact that among the shepherds from Tusheti there were also ethnic Azerbaijanis ("Turks" in their words). That is, the separatists are already establishing their own "rules": which of the citizens of Georgia can stay in the Georgian region, and who cannot.

Meanwhile, strategically important transit international routes pass through Samtskhe-Javakheti, which have long been "at gunpoint" by local extremists. The separatists "figure out" any person of non-Armenian nationality who appears on these routes, especially Turks or Azerbaijanis. These people, in fact, can be attacked at any time. As a result, any incident especially provoked by extremists, like the story of the shepherds, can be used by the Armenian “Javakhk” separatists for a large-scale anti-state demonstration.

Georgia should pay increased attention to any new military "initiatives" of official Yerevan, like the creation of a "militia" After all, it is being prepared not at all for the defense of Armenia, but for large-scale aggression against its neighbors. And the main directions of this aggression may well become the Georgian one. Especially considering the sharply increased activity of separatists in the Samtskhe-Javakheti region.