Zurab Japaridze: I decided to run for Didube-Chughureti majoritarian district on behalf of Girchi 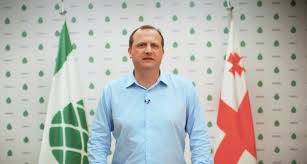 As the leader of Girchi, Zurab Japaridze posted on his Facebook page, he'll run for the Didube-Chughureti majoritarian district.

"Couple of weeks ago, Girchi decided to drop out of the inter-oppositional process of selection coordinated candidates. This decision was determined by our desire of facilitating agreement on mutual candidates. I have publicly affirmed my support for European Georgia's candidate Elene Khoshtaria in Vake majoritarian district - I remain committed to this decision.

Due to the fact that the process of agreement on common opposition candidates has been stretched in time, Girchi decided to get involved in majoritarian elections.

Despite my belief that my active involvement in Girchi's election campaign across the country is very important, I hardly see Girchi participating in majoritarian elections without me being a candidate in any majoritarian districts. I've decided to run for a majoritarian candidate in Tbilisi, Didube-Chughureti on behalf of Girchi. I've consulted with several opposition leaders who confirmed their goodwill towards my decision", - stated Japaridze.

Japaridze also noted that his competitor in Didube-Chughureti will be Gia Volski and that he's ready to have a public discussion with him.

"I hope that this goodwill will turn into political support from the part of opposition parties. My competitor from the "Soviet Georgia Dream" in Didube-Chughureti will be Gia Volski whom I challenge from this moment onwards for public discussion about any relevant topics, whether it is economy or de-occupation, at any platform, any date and in any format", - stressed Japaridze.