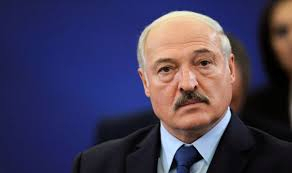 President of Belarus Aleksandr Lukashenko said that western countries threatened him with sanctions in case of recognition of Georgia’s occupied Abkhazia and South Ossetia regions.

In an interview with Ukrainian journalist Dmitry Gordon, President of Belarus said that he had discussed the issue of recognition of Georgia’s two occupied regions with Russia although official Moscow had not pressured him.

According to Lukashenko, back in 2008, Javier Solana, former High Representative for the Common Foreign and Security Policy, Secretary-General of the Council of the European Union, had urged him for non-recognition of South Ossetia’s independence.

Leader of Belarus recalled the response of Solana that Belarus would be immediately cut off from Swift international system.

Lukashenko then applied to the former president of Russia Dmitry Medvedev and asked him for compensation of damage in case of recognition of Georgia’s occupied territories. However, Medvedev refused to negotiate the issue.