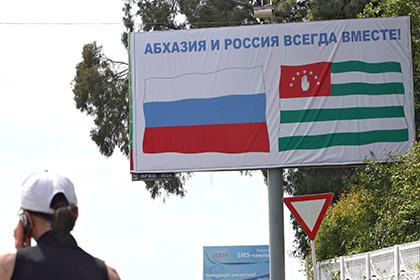 Problems, crisis, collapse, disaster. All these words do not fully reflect the current situation in Abkhazia in the fight against the new coronavirus infection. According to the official version of the authorities of the republic, the situation is under control, everything necessary to treat the infected is there. But in reality, everything is far from so rosy. The Gudauta COVID Hospital is working to the limit, treating people with drugs, the amount of which is no longer enough. And if you add to this the lack of protective equipment and disinfectants, the picture becomes much darker.

Last Sunday, Abkhaz society was shaking again. In addition to friendly Russian sanctions, an open border and a pension crisis, the population of the republic learned about the deplorable situation in the healthcare system. Not that everything was in order before and the crisis broke out suddenly, but the Abkhaz society was not ready for a situation when the number of patients grows exponentially, and there are no medicines for their treatment, in fact, as well as conditions.

On August 2, the operational headquarters for the fight against coronavirus under the Ministry of Health of Abkhazia made a stunning statement. Its essence, in short, is that "it is extremely difficult to cope with the flow of patients and adding those who will come to our population, we will simply choke and will not be able to provide assistance to either our citizens or anyone else." And most of the Abkhaz doctors agreed with this opinion, who, seeing what was happening, decided not to hush up the problem.

And the problem, as it turned out, is. Doctors who did not have basic protective equipment, special suits, gloves, masks and much more were the first to take the blow. And the only one in the republic, a covid hospital itself, is not ready to receive patients. Treatment is carried out according to the lowest scheme, in which there are drugs that have already been canceled by the world health organization. But there are no others in Abkhazia and are unlikely to be in the near future.

The open truth from the lips of doctors for some time brought the population into a stupor. The Abkhaz authorities, realizing that a storm could break out after a calm, quickly rushed to refute the doctors' arguments, urging those who "succumbed to panic to leave the system." This did not improve the situation in any way, even despite the urgent arrival from Moscow of a very impressive delegation of doctors. And for the first time during the pandemic, high Russian officials started talking about helping in the treatment of infected patients.

“We are additionally deploying a corps in Sochi for patients in case we have to take tourists and vacationers directly to the territory of the Russian Federation,” said Russian Minister of Health Mikhail Murashko on Monday, during a working trip to Sochi. A little later, the commission of the Russian Ministry of Health confirmed its intention to take not only tourists, but also residents of Abkhazia to Sochi clinics. With just one clarification - medical care will be provided to residents of the republic with Russian citizenship. And those who do not have a Russian passport will have to rely only on their own medicine or pocket.

Doctors who expressed concern about the increase in morbidity, drew attention to the lack of personnel, medicines and generally outlined the scale of the problem, the Russian Ministry of Health recommended to be fired.
The next tough “recommendations” involuntarily make one think about the question, and by what right do Russian officials decide for the Abkhaz who to work and who to go home ?! It turns out that doctors, who are sick with all their hearts for the future of Abkhazia and its citizens in such a difficult situation, should be silent ?! Theater of absurdity! And what is most interesting is that the Russian state dictates conditions, failure to comply with which could threaten the young republic with yet another tough sanctions.

Instead of help and support, the republic for the entire time of the pandemic received from Russia only a ban on the purchase of medicines, protective equipment and even mechanical ventilation. The strategic partner prohibits the citizens of Abkhazia from carrying even a pair of protective masks across the state border. If, in your purse, more than one such mask was found, the border guards draw up a protocol of seizure, and a resident of the republic will be able to go home only after paying a fine.

In order not to aggravate the existing situation, the Abkhazian doctors have to keep silent about the fact that all the drugs available to local medicine, protective suits and even non-contact thermometers were received from international organizations, but not from Russia.

The condition of the infected is deteriorating at lightning speed. Children and pregnant women have already been infected. Although the border is open and it is faster and easier to get to Sochi, patients with severe disease are still being transported to Georgia. Next in line are several more people who have already refused treatment at the Gudauta Covid Center and are demanding to be taken to a Tbilisi clinic. “We want to go to Georgia not only in the hope for modern medicine and equipment, but also that they will definitely fight for our life there. And in Russia they do not treat their own people, do you think they will treat us normally ?! ”, says M. A.

The opening of the border with Russia for the Abkhaz Ministry of Health came as a shock. Instead of gradually lifting restrictions with the introduction of a covid passport or certificates, the republic opened its borders without any conditions and control. Testing is not carried out, quarantine is not observed, self-isolation conditions. The temperature is not even measured for tourists. It's okay, because the residents of Abkhazia can enter the territory of Russia without all these checks, you say. So it is, but unlike its big neighbor, the population of Abkhazia is only 300 thousand. Most of them are elderly people, plus people with disabilities and cancer patients, and young people cannot boast of excellent health either. So it turns out that in the event of a collapse, which doctors say so loudly, there will be no one to save from the killing virus. Abkhazian medicine, already working at the limit of strength and capabilities, will drown.

I hope that Russia, which in difficult times did not find the strength to lend a reliable friendly helping hand to the Abkhazians, does not want such an end to its strategic partner and neighbor.