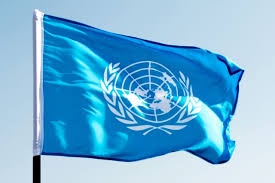 The countries expressed concern over Russia’s disinformation campaign regarding the pandemic and the ‘life-saving’ work of the US-built Lugar Centre in Tbilisi.

The statement called upon Russia to withdraw its forces from Georgian territory.

The Russia-Georgia war in 2008 began in early August and lasted for five days.

Since then 20 per cent of historic Georgian lands remain occupied by Russia.

Consequences of Russian aggression in 2008 in Georgia include: