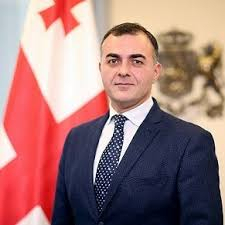 Lasha Zhvania, Georgian Ambassador to Israel says that Russia-Georgia war should be a warning for Europe.

In an interview with The Jerusalem Post, Zhvania said that in 2008, Georgia loudly told the world that Georgia would not be the only country in the region that would have to cope with the Russian aggression.

The Ambassador claimed that the Russia-Ukraine war posed a threat to the security and stability of Europe. “If the democratic world sent a strong message about Russian activities, the precedent would not have been repeated in Ukraine,” Zhvania stated.

In the interview, the Ambassador also talked about cyber attacks on Georgia by Russia. “With cyber attacks, Russia tried to demonstrate its power not only before the region’s countries but before Europe as well. For the last 12 years, Russia has tried to escalate the situation with so-called modernization sometimes by several or hundreds of meters,” Zhvania said.

Georgian Ambassador discussed issues of Israel-Georgia cooperation and friendship. He underlined that Georgian soldiers were provided medical assistance by Israeli Air Assistance Organization doctors that reinforced the already existing friendship between the countries.