Abkhazian real estate to Armenians in exchange for "coronavirus" tourists? 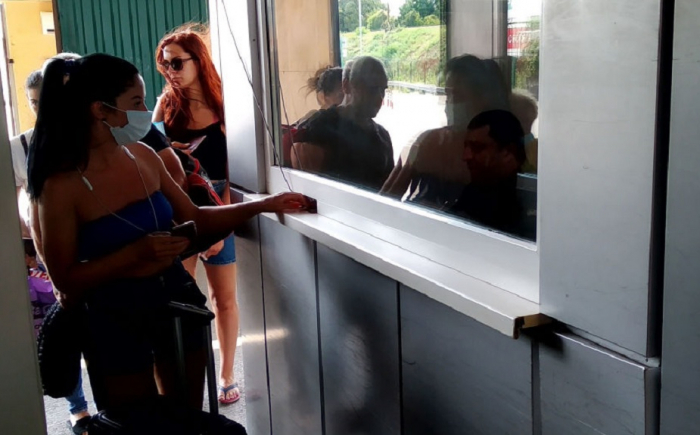 Recall that since May 2020, the Sukhumi separatists have repeatedly appealed to the Russian government with a request to open the border, but each time, by the decision of Moscow, the date was postponed: first from June 1 to July 1, then from July 1 to July 28.

On July 28, after regular, fourth in a row, negotiations with the Russian side, the separatist authorities announced that the restrictions on entry were extended until August 4. This is despite the fact that after August 4 of the tourist season, there really was a little over a week, because as a rule, in the second half of August, most Russian citizens have vacation time.

Even if the border on Psou was opened after August 15, there was little sense in this. The Russians simply would not have had time to "plan" a trip to Abkhazia, especially a vacation there. Those who wanted to have a rest on the "warm seas" would have already rested, and several thousand of those who would have "held out" with a vacation before the Abkhazian border opened the border, the situation would not have improved.

Considering that this year Russia has financed the separatist authorities of Sukhumi only 15% of the declared amount, then a hopeless economic catastrophe would inevitably occur in Abkhazia. The hosts not only "cut off financial oxygen", but also cash receipts from potential tourists.

The opening of the border on August 1, 2020, became for the separatists "a breath of air for a drowning man." In principle, it is not enough to be saved, but it is possible to "flounder" for some time.

True, this "breath of air" will be "contaminated". At the resorts of Sochi, where tourists come to Abkhazia literally "there is nowhere for an apple to fall." The registration of infected coronaviruses is no longer really being kept, and even this is useless. It is clear that there are thousands of them. And now part of this “crown of the viral stream” is crowding into the KKP on the border with separatist Abkhazia without observing the distance. It is clear that there will be dozens, if not hundreds, of cases of coronavirus infections in the separatist territory, there will be no one to treat the sick, given the practical absence of medicine as such in the separatists. But even this is less frightening for the separatist authorities than the prospect of a hopeless financial famine due to the complete disruption of the tourist season.

The question arises, what is the reason for such a "generous gift" of the Kremlin to the separatists - the opening of the border for tourists from August 1? Are you worried about the Abkhaz people? That is unlikely. It is not excluded that the separatists made concessions in something of principle, which the "owners" demanded of them. And you can guess what.

This is almost directly hinted at by the North Caucasian journalist Islam Tekushev in the article on the website of Radio Liberty “Zanzibar is Pitsunda. Islam Tekushev - on the open border "(https://www.svoboda.org/a/30754649.html):

“Against the background of restrictive measures on the border in Abkhazia, there was talk of pressure on the Republican leadership from Moscow. As it became known to the Caucasus Times website, from the new Abkhaz President Aslan Bzhania (he was elected to his post in April 2020 and has since managed to make several conciliatory statements about the prospects for relations with Georgia) through Russian diplomats in the republic are seeking a quick solution to the issue of lifting the restrictions for the sale of real estate to citizens of the Russian Federation. A source in the Ministry of Foreign Affairs of Abkhazia confirmed the information that the Russian side also asked Sukhumi for the transfer of the power systems of Abkhazia (Chernomorenergo company) for a symbolic amount of 1 ruble".

That is, everything is clear. "Just like that" to supply the separatists with tourists and finance their budget, the Kremlin "owners" did not scrape. For nothing, Russian Foreign Minister Sergei Lavrov-Kalantarv dumped as much as $ 50 million from the Russian budget of the island of Nauru for recognizing the separatists' "independence". Was he so worried about the "freedom and independence of Abkhazia"? Whatever it is!

Kalantarov and his fellow tribesmen have planned "another Armenia" on the Black Sea coast. On the coast of the Krasnodar Territory, everything that can be bought by the Armenian diaspora has already been bought. Armenians make up 72% of the population in the areas bordering on Abkhazia in Greater Sochi.

There are already more Armenians in separatist Abkhazia than Abkhazians. But the Armenian lobby clearly wants to increase the number and share of the “descendants of the ancient seafarers” first to 72% and then to 99% (as in the Republic of Armenia).

However, until recently, the rapid and massive settlement of Abkhazia by Armenians was hindered by the separatist law, which allowed the acquisition of land and real estate only to the owners of separatist passports. The separatist leaders also understood that they would give in on that issue and in a year or two, having sold their land and real estate to the newly arrived Armenians, the Abkhazians would turn into a poor and restless minority. Therefore, they resisted this as best they could and postponed the permission to buy real estate. But there is a limit to everything. And apparently, Bzhania and his entourage are no longer able to resist the pressure.

First, Sergei Shamba, a supporter of the sale of real estate, was appointed head of the separatist "Security Council". But now the Russian authorities have opened the border with suspiciously fast speed. Not otherwise, in exchange for a promise, will solve the problem with real estate? At the same time, perhaps, having knocked out a promise to "present" clever businessmen (it is clear what nationality) electricity from the Inguri hydroelectric power station and the entire infrastructure of the power plant located on the Abkhaz side.

What should the Abkhaz do in such a situation?

The only salvation of the Abkhaz people is reconciliation with the brotherly Georgian people. There are all prerequisites for this. Moreover, the majority of Abkhazians have Georgian roots, Georgian surnames have become related and mixed with Georgians over the centuries.

Even now, despite the frenzied Kremlin and separatist propaganda, the bulk of the Abkhaz no longer see the enemy in the Georgians. Such sentiments, in particular, are noted by Paata Zakareishvili, an expert on the conflict, well informed about the internal situation in Abkhazia.

According to him, in occupied Abkhazia, there have been signs of a desire to start a dialogue with the Georgian government lately, which is clearly seen from the statements of the separatist "president" Aslan Bzhania. And "twisting hands" and "compulsory permission to sell real estate" to newcomers under the threat of hunger is unlikely to add sympathy among the Abkhaz to the invaders.

On the contrary, only Georgia by resolutely raising the issue in international organizations can prevent the illegal "buy-up" of Abkhazia by those who have already planned the destruction of the Abkhaz ethnic group. But for this, it is necessary to really start a dialogue on reconciliation, on the return of refugees, and the restoration of the territorial integrity of Georgia while preserving the autonomy of Abkhazia and creating conditions for the revival of the identity of the Abkhaz people.