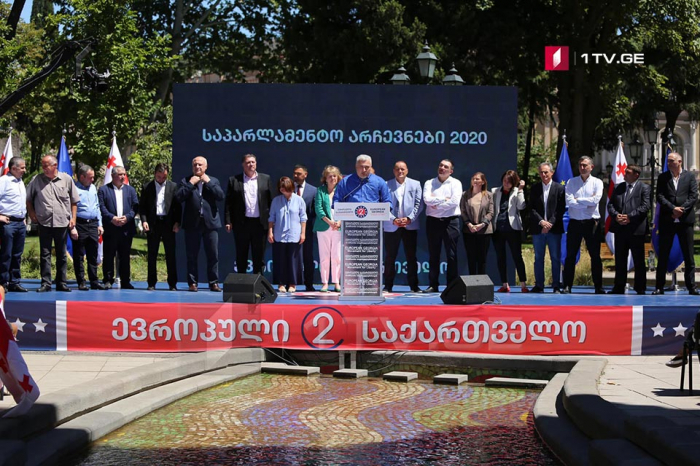 The majoritarian candidates of European Georgia in regions are as follows: