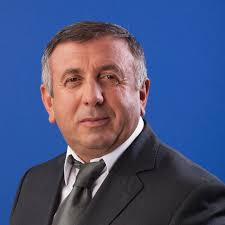 Tamaz Abashidze, Deputy Chairman of the City Council, who was injured during an incident in the office of Khulo Mayor Vakhtang Beridze, has been taken to the Khulo Clinic last night. As the manager of the clinic told InterPressnews, Tamaz Abashidze had an eye injury. According to him, Tamaz Abashidze left the clinic soon after receiving medical treatment.

Anzor Bolkvadze, a majoritarian MP from the Georgian Dream party involved in the incident, denies the incident and says that false information was spread about him.

"I read as if I had beaten somebody last night. It’s a shame. I was attending a training. I do not confirm the incident, I was not there," said Anzor Bolkvadze.

"I will not confirm any information, this is misinformation. Anzor Bolkvadze returned from Tbilisi last night and we went to Ghorjumi together this morning. No incident has occurred. Tamaz Abashidze is a member of our team," Vakhtang Beri said.

According to the reports, a physical confrontation took place in the Khulo City Hall building between Georgian MP Anzor Bolkvadze and Khulo Municipal Assembly Deputy Chairman Tamaz Abashidze, during which, the latter was injured.