Is Javakheti and Akhalkalaki already shown as part of Armenia on Fox news in the US? 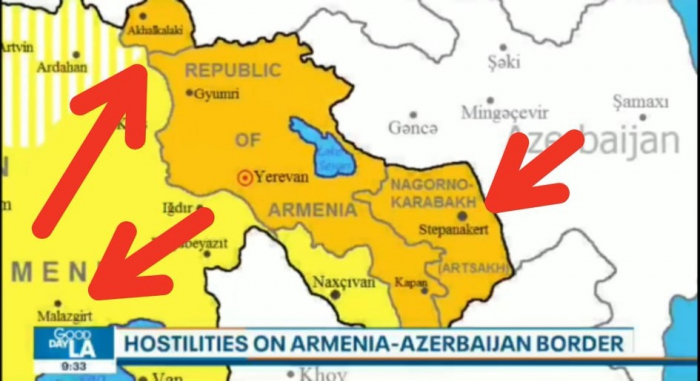 Armenian propagandists in leading Western countries do not lose time.  After the aggravation of the situation on the Armenian-Azerbaijanianborder in Tovuz region due to the aggression of Armenia the world community again became interested in the "Armenian issue".  Moreover, this "issue" is actively promoted in the information field by the most influential Armenian diasporas, including the USA and European countries.

At the same time, the lie about the alleged "historical Armenian land" of the so-called "Great Armenia" that are part of Turkey, Azerbaijan and Georgia is repeated again.  In the USA one can see in the newscasts, including the most rated TV channels, the Armenian nationalist myths and territorial claims of Armenia to the neighboring countries.

The fact that Armenian nationalists have claims to Turkey and Azerbaijan has long been known.  But in the current campaign of "sympathy to the long-suffering Armenian people" to the Western public started to gradually "bring" another claim.  Namely, to Georgia, the region of Samtskhe-Javakheti, which is named by Armenian nationalists as "native Armenian Javkhak".

The Fox video news|, which was posted on its page by reporter AraksyaKarapetyan, telling how Soviet Russia and Joseph Stalin personally treated Armenians "unfairly", shows for about 36 seconds a map of Armenian claims, more precisely "given to neighbors of Armenian territories":

Later on, the information was hastily deleted from Facebook, probably realizing that this report on its page does more harm to their fairy tales than good.    However, on the Fox news site itself, it has been preserved.

On the map shown, the report is clearly painted as "Armenian" and includes Georgian Javakheti and the town of Akhalkalaki, the surrounding territories, as part of "Greater Armenia".  In other words, the message of this map is clear: Georgian Samtskhe-Javakheti, which is claimed by Armenian nationalists, is presented to Americans as "Armenian territory".  "Insidious Stalin" says not only "gave" allegedly "Armenian" Nakhchivan and Karabagh to Azerbaijan, but also "Javakhk" to Georgia. 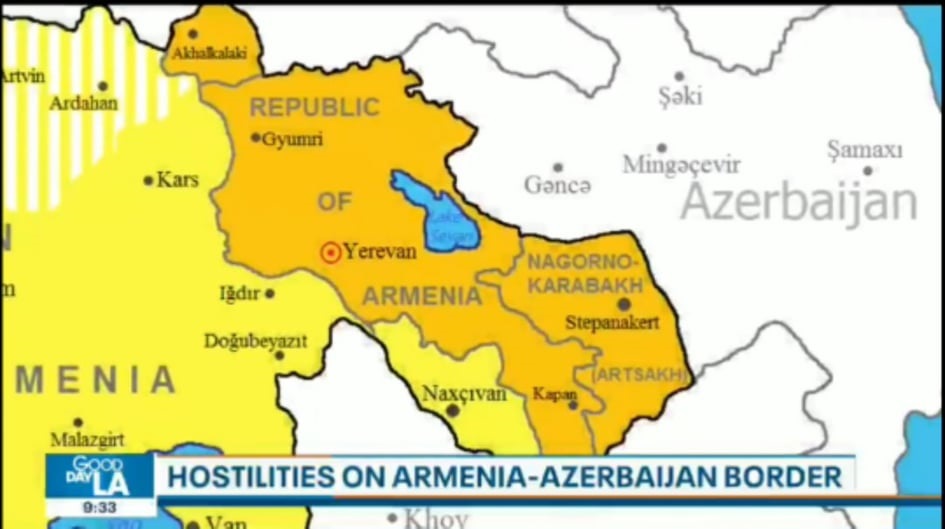 Propaganda of Armenian claims to Georgia in the leading superpower of the world USA is very dangerous for Georgia.  Let us remind that there is virtually no united Georgian diaspora in the US.  And Armenian Diaspora not only processes the U.S. public opinion by the fact that allegedly "Javakhk" is an original "Armenian land", but also collects money for Armenian "Javakhk" separatists.  Last year "Caucasus Plus" already wrote about it in the piece "Armenian Nationalists Start to Break Up Georgia - Fund Raising for "Javakhk" Separatists".

As we have earlier reported, a telethon was held in the USA to raise funds among the Armenian Diaspora in support of "Javakhk", organized by the initiative "Unity Square".  The purpose of the telethon was officially announced to raise funds to establish a so-called "Sports and Cultural Center" in Akhaltsikhe, which, they say, will serve "the development and leisure of Armenian and Georgian youth of the city.  Then, unfortunately, the Georgian law enforcement agencies did not give it due attention.

However, after the Armenian separatists on July 21 of this year in Akhalkalaki, against the background of aggravation of situation on the Armenian-Azerbaijani border, gathered almost 3 thousand nationalist meeting in Akhalkalaki ostensibly "for peace", on which as on selection were young people of sports kind - it became clear for what such "centers" are needed.  This is nothing but camouflaged training camps for the separatist militants, the first "review" of which was actually held on July 21.

Money for the training of fighters is already coming from the richest Armenian diaspora in the United States.  There is already an organization of separatists in Samtskhe-Javakheti, and the only thing left is the "support of the international community".    For this purpose, public opinion in the U.S. is processed by Armenian nationalist myths and alleged "validity" of their territorial claims to neighbors.

Alas, the West is already "used" to the fact that part of Georgian territory is occupied.  A precedent has already been set with separatist regimes and occupation in Abkhazia (which, in fact, became under the control of the Armenian lobby) and the Tskhinvali region.  In Ukraine, the efforts of the Armenian lobby headed by Russian Foreign Minister Lavrov-Kalantarov have since created another precedent with annexation of Crimea and separatism in Donbas.

Alas, using Russian military machine, Armenian nationalists have consistently sought to increase the territory under their control, Azerbaijani Karabakh and, in fact, Georgian Abkhazia is already captured by them. Georgian lands are next in line - first of all, Samtskhe Javakheti and "Javakhk", which is already portrayed as Armenian on the leading TV channels in the US.

Let us remind you that back when there was a USSR, at the very beginning of the Armenian expansion on the territory of its neighbors at the gathering of Dashnakhs, "Javakhk" lost only 1 vote to "Artsakh".  This led to the genocide of the Azerbaijani population of Karabagh and 7 adjacent districts, occupation of 20% of Azerbaijani territory and over a million refugees.  The same could have happened to Georgia and Georgians (in addition to Abkhazia and Tskhinvali region), if that fatal 1 vote was given for "Javakhk".