Liberal globalists, Pashinyan and about the Armenian fifth column in the Russian Federation are kindling a world war 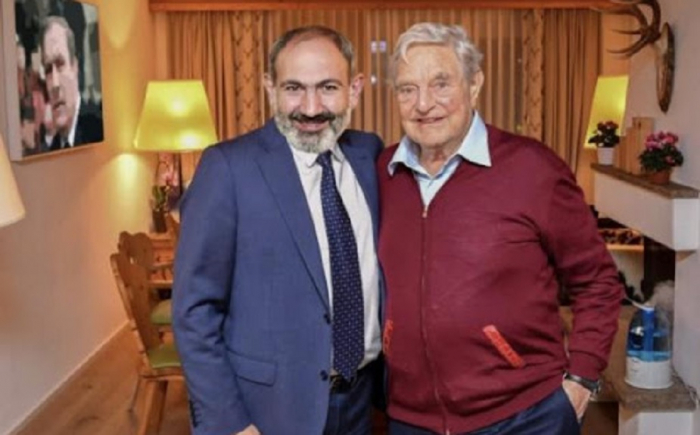 On July 13, 2020, the Conservative Deputy Bob Blackman submitted to the House of Commons of the British Parliament a draft appeal to the government, “Armenian aggression against Azerbaijan,” supported by a number of other deputies. (https://edm.parliament.uk/early-day-motion/57245/armenian-aggression-against-azerbaijan?fbclid=IwAR2ILfGYPivuaxLHc7MwEu9ttg9tQZiPNT8ScIlm8fcA6HClaATI_5Ojias).

With this appeal, the House of Commons noted the act of aggression by Armenia on the night of July 12, 2020, which further exacerbates the armed conflict between Armenia and Azerbaijan, the reason for which is the military capture by Armenia of Nagorno-Karabakh and the neighboring seven regions, which led in the early 1990s to the deaths of 30,000 people and the expulsion of more than 1 million internally displaced persons from their homes. The House of Commons calls on the United Kingdom government to condemn the recent actions of Armenia, which are a serious obstacle to the development of the peace process. It is noted that military operations along the international border between Armenia and Azerbaijan with the participation of heavy artillery are a flagrant violation of international law, as well as the ceasefire agreement agreed in 1994. The House of Commons urges the British government to support the call for the OSCE Minsk Group to conduct a thorough investigation to prevent the outbreak of the current military operations in a full-scale war; calls on the UK government to call for the withdrawal of the Armenian armed forces from the occupied territories of Azerbaijan, as indicated in the UN Security Council resolutions adopted in 1993.

In principle, not only the conservative government and the deputies in Great Britain who support it, but also the US Republican administration are seriously concerned about the situation in the South Caucasus today. Everything goes to the fact that the current aggravation on the Armenian-Azerbaijani border is, in fact, a small piece of the puzzle by global standards, actions taken by opponents of Donald Trump and his allies in other Western countries with the goal of global destabilization.

The fact is that by the beginning of June, the anti-Trump so-called “black maidan” in the United States had practically disappeared. The pogroms of shops gradually stopped. They stopped demolishing monuments. The centers of Maidan anarchy in cities such as Seattle were eliminated. Thus, the first onslaught of liberal globalists and their associated Democratic Party in the United States against Donald Trump's Republican administration gradually subsided.

However, this does not mean that the globalists abandoned their plans and, it seems, decided to strike a blow at world stability where it was least expected. Namely, in the South Caucasus on the border of Armenia and Azerbaijan.
The military provocation for the globalists is facilitated by the fact that their protégé, George Soros's foster child Nikol Pashinyan, is in power in Armenia, and in the formally "allied" Armenia of the Russian Federation, in fact, the second person is Foreign Minister Sergei Lavrov-Kalantarov.

From the beginning of June, a large-scale provocation began to be prepared in order to draw Russia and Turkey into the war. What did Georgia inevitably involve in the war, as we wrote about in the article “Is the Armenian lobby preparing the Russian invasion of Georgia?” (http://kavkazplus.com/news.php?id=29603#.XxBuHW0zbIU) Further, if the case could be brought to a military clash between the Russian Federation and Turkey, Turkey’s NATO allies, including the United States, should be drawn into the war “logically”.

Events are played out "as if by notes." At the same time, globalists through the Armenian lobby began to escalate anti-Turkish sentiments in Russia in connection with the change in the status of Hagia Sophia in Istanbul from a museum to a mosque in Turkey. The pro-Armenian media in Russia began to call for almost a “crusade” against Turkey. And with the beginning of the Armenian provocation against Azerbaijan, calls for "saving an ally" (which in fact had long since betrayed the Russian Federation) and for a "holy war against Muslims" became generally hysterical.

In principle, Russian President Vladimir Putin does not want to enter a big war. This became obvious after he held telephone talks with Turkish President Recep Tayyip Erdogan, during which the issue of resuming flights and Russian tourists' visits to Turkey was raised. As you know, when they want to fight, then tourists have a rest in a country that they see as a probable opponent is not sent.

However, first-person desire is one thing, and playing behind the scenes is another. As you know, the Russian Tsar Nikolai II really did not want to enter the First World War, 102 years after the brutal murder of which is celebrated on July 17 with his family. However, Serbian terrorists and “cheers-patriots” from the fifth column dragged Russia into this fateful war.

Today, just before our eyes, Russia is being drawn into a new world war and its main "locomotive" is, in fact, the head of the "fifth column" within the Russian leadership, Sergei Lavrov Kalantarov, who almost openly threatens Turkey, urging it not to support Azerbaijan. Moreover, the policy of Lavrov-Kalantarov clearly runs counter to the rhetoric of Vladimir Putin. One gets the impression that Vladimir Putin and the few Russian patriots in the leadership of the Russian Federation have turned out to be banal hostages of the fifth column and globalists.

The world froze in tension. At the same time, to all appearances, it is impossible to unleash a “big war” among the Armenian aggressors "on the move". However, this does not mean that you need to calm down. In the near future, the most unexpected provocations are possible, both from the sides of Armenia and from the side of the pro-Armenian fifth column in Russia.