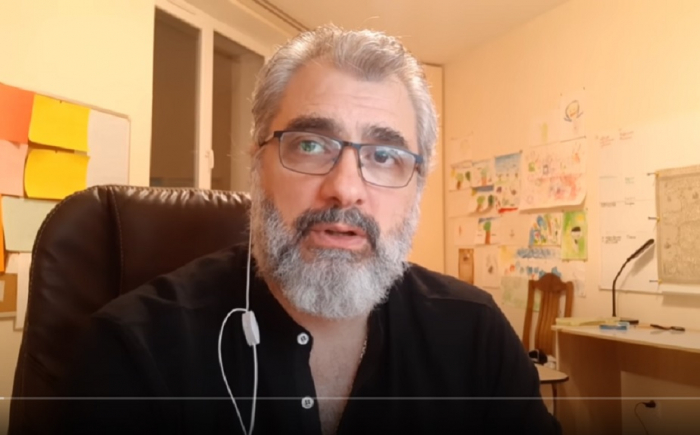 The famous scientist and historian Philip Ekozyants recently published a video in which he convincingly proved that Turkish was the mother tongue of most Ottoman Armenians in 16.17, 18, and up to the 19th century. Details of his arguments in this video (in Russian):

In principle, this fact that the Armenians from the Ottoman Empire spoke Turkish at home, but did not know Armenian as such, was well known to the residents of the Georgian region of Samtskhe-Javakheti - both Georgians and Russian Doukhobors. The old Armenian language was exclusively the language of church worship and only the clergy knew it. Almost 80–90 years ago, almost nobody knew modern Armenian from Akhalkalaki Armenians.

Some 50-60 years ago, the largest Armenian settlement in Samtskhe-Javvheti, the city of Akhalkalaki, was completely Turkish-speaking. What there is documentary evidence. So in the "Atlas of the Georgian SSR" published by the Academy of Sciences of the GSSR. Institute of Geography Vakhushti in 1964 on a map showing the ethnic composition of the Georgian population of Akhalkalaki and its environs are indicated as those populated by "Armenians with spoken Turkish."

As early as 1964, Armenians of Akhalkalaki communicated among themselves mainly in Turkish. However, even then, nationalist propaganda began among them regarding the fact that it was “a primordially Armenian land” and Dashnak ideas were spreading about joining “Javakhk” to “Great Armenia” (by analogy with “Artsakh” - Azerbaijani Karabakh). That is, separatist ideas among the Armenians of Samtskhe-Javakheti began to spread even when they did not really know the Armenian language.

Meanwhile, the Turkish-paganism of the Armenians of Akhalkalaki, who settled here after 1830, did not leave a stone unturned by the nationalist myth that they were supposedly “indigenous” and that Akhakalaki and Samtskhe-Javakheti were “ancient Armenian land”. Therefore, they were shy of their Turkish paganism. If the Turkish-speaking Greeks of Tsalka came up with a completely wild myth that supposedly “when we were transferred to preserve the language or faith, we chose faith” (in the Ottoman Empire, it was generally the same what its subjects speak), then the Akhalkalaki Armenians even of such a myth did not come up. And even more so, they were embarrassed by their native language, Turkish, in front of representatives of other nations. Up to the point that we came to the Russians whom they “loaded” with their “Armenian antiquity” to the question “what language do you speak” they lied that “in Armenian”.

It came to paradoxes, those of the visiting Russians, who nevertheless knew or understood Azerbaijani, were surprised at these words: “Are Armenian and Azerbaijani really so similar ?!” Local Russians (Dukhobors) always knew very well that the Armenians of Akhalkalaki and the surrounding villages were descendants of immigrants from Turkish Erzurum and Turkish was always the language of their ancestors. But nationalist leaders of the Armenian SSR in principle did not allow Turkish-speaking Armenians to receive education in their native language. Armenian schools opened in the region, educational literature from the Armenian SSR was imported here, Armenian teachers who graduated from Armenian universities, the same Yerevan Pedagogical Institute, were sent.

As a result, there was a huge problem with elementary school students for a long time. Having grown up in Armenian Turkish-speaking families, small Armenian children simply did not speak the Armenian language and what teachers told them often did not understand. Well, if the teacher knew both Armenian and Turkish, he could somehow translate the children or explain to them incomprehensible. But often “Armenian-Armenians”, who did not know Turkish at all, were often sent to Armenian schools.

However, gradually Akhalkalaki Armenians, including the older generation, began to learn the Armenian language. And at the time of the collapse of the USSR, he was somehow learned. But even now, the older generation prefers to speak Turkish among themselves. In the presence of young people, it is true that old people try to speak their native (Turkish) less and less because the younger generation is infected with nationalism and does not approve of the use of the Turkish language.

The most interesting thing is that now these same people who learned to speak the Armenian language with difficulty 30-40 years ago but still learned, complain that, they say, they are "uncomfortable" to learn the state Georgian language. And all the more strange after that are complaints about "oppression of the native language." Indeed, the mother tongue of Akhakalak Armenians is Turkish. And they themselves did everything to make it obsolete. The Georgians, whom they accuse of "Georgianization", by and large, didn’t care what language the Akhalkalaki Armenians speak and they even recorded the fact of their Turkish-paganism in the Atlas published by the Georgian Academy of Sciences.