Guram Markhulia - “The aggressor should get what he deserves. For the good of Armenia and the Armenian people ” 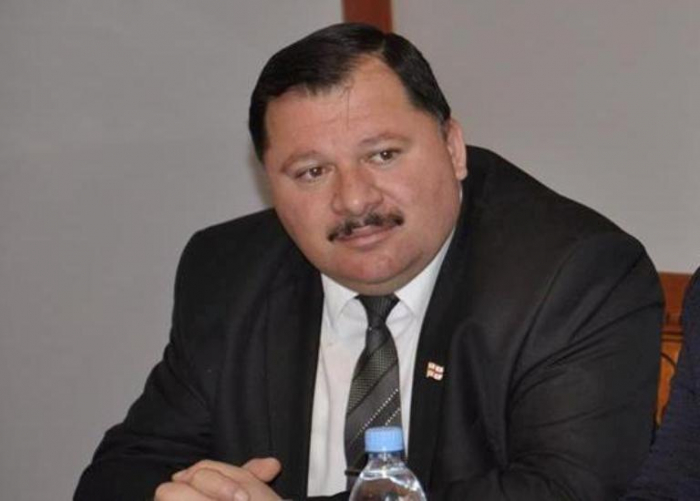 The website’s editors asked Guram Markhulia, President of the "Caucasus International Center for the Study of Geohistory and Geopolitics", to answer a series of questions online regarding the military aggression of Armenia against the Republic of Azerbaijan, undertaken on July 12-13, 2020.

-What do you think about the current tension on the Azerbaijani-Armenian border?

- The Erevan regime in a state of peace simply cannot exist. After all, questions to complete economic failure, outrageous corruption, and the catastrophic incompetence of the authorities will immediately begin. And most importantly, the regime in Yerevan has so far captured only a small part of the territories of the hypothetical “Greater Armenia”. Nationalist propaganda made the seizure of foreign territories included in this crazy "project" the meaning of the existence of the Armenian people. Therefore, paradoxically, as part of the Armenian society, war is perceived with enthusiasm.

Moreover, the Armenian nationalists need a war in which there is a chance to involve as many geopolitical players as possible. In order to achieve the division of the territories of neighbors and the knocking together of their “Great Armenia” based on its results. In the world, some forces have a request for a "big war" and the Armenian leaders know this. But the fact that as a result of such a “big war” Armenia may disappear as a state, Armenian nationalists do not even think. They have not had a sober and adequate assessment of their strengths and capabilities for a long time.

-Some experts attribute these events to a distraction from the worsening economic situation in Armenia due to the coronavirus pandemic. What can you say about this?

Coronavirus hit almost all countries, but Armenia with its degraded medicine, hostility with its neighbors, and the blockade - with a vengeance. In a peaceful environment, the failure of the Armenian state project based on aggression and occupation of foreign territories becomes obvious. Therefore, yes, it is most logical to attribute the economic collapse to war.

- What do you think should be done at this stage?

Briefly: the aggressor must get in the teeth. For the good of Armenia itself and the Armenian people. After all, if we continue to not stop harshly military attacks, the Yerevan regime will continue to wage war “until the last Armenian”.

- The Azerbaijani side called it a provocation and noted that Armenia is trying to draw third countries into the conflict. What can you say about this?

- So the provocation was specially prophesied at such a moment to involve third countries. Several factors converged: in Libya, the rebels are supported by Saudi Wahhabis, Egypt, and Russian Private Military Company's (a strange alliance, aren't they?) Suffered defeats after Turkey helped the legitimate Libyan authorities. Moreover, against the backdrop of economic problems in the country, the Russian leadership again adopted “hooray-patriotic” hysteria, allegedly based on the “right of the Russian Federation” to restore “its own order” in the territory of the former USSR. And now the Armenian propaganda is trying to send this “most patriotism” artificial and having nothing to do with Russia's interests in the direction of “assistance to the long-suffering Christians Armenians”. This is despite the fact that the pro-Western course of the Yerevan regime and its orientation after Pashinyan came to the United States did not disappear.

-According to Azerbaijani officials, the Armenian leadership wants to drag the CSTO into conflict with this provocation. Is it possible to involve the CSTO in the conflict?

- The fact of the matter is that if only Russia and Armenia were in the CSTO, then it would be easier to do. But other CSTO countries have long seen that Yerevan is only engaged in provocations and attempts to draw the organization into a military conflict on its side. Therefore, the Armenian attempts to drag the CSTO into their war games may ruin the organization. In principle, considering that Armenia needs Russian bayonets in its interests, and for the patrons of Erevan from Washington the CSTO is not needed, then everything is logical. But for Russia, the collapse of the CSTO as a reaction to its use in Armenian interests is definitely not beneficial.

- How do you think the participation of the CSTO in regional conflicts can have consequences, how can the political situation in the region change?

- Erevan specifically provokes clashes, not in occupied Azerbaijan’s Karabakh, but internationally recognized borders in order to convince the CSTO that “Armenia was attacked” and supposedly needs to be “protected”. It is clear that if the CSTO succeeds in convincing of an “attack on a member of the organization”, then intervention is theoretically possible. But practically - hardly anyone wants to fight for Armenian interests now.

-Some experts say that with such steps Armenia does not want a fair solution to the conflict and complicates the process. What can you say?

-A new aggravation once again pushes for an indefinite period the beginning of the process of peaceful settlement of the Karabakh conflict and the de-occupation of Azerbaijani lands by peaceful means. But the fact of the matter is that with such a “complication of the process” Armenia can play out. Who will give Yerevan a 100% guarantee that the main geopolitical players will stop Azerbaijan after it responds to the Armenian provocation by the beginning of the power de-occupation of its lands, to which it has every right?

- The leadership of Armenia previously stated that new territories will be seized in relation to Azerbaijan. Could this incident be related to this rhetoric?

Sure. This is the old tactics of the Dashnaks - something must follow after loud statements. Or military aggression or terrorist attack, or both. Armenian nationalists hold their people hostage, forcing them to be accomplices of treacherous aggression and terror. And thus retain power over him. At the same time, I want to note that Armenia cannot leave the occupied territories without a fight, therefore it is possible that the aggravation of the situation is the beginning of the process of liberation of Azerbaijani lands!