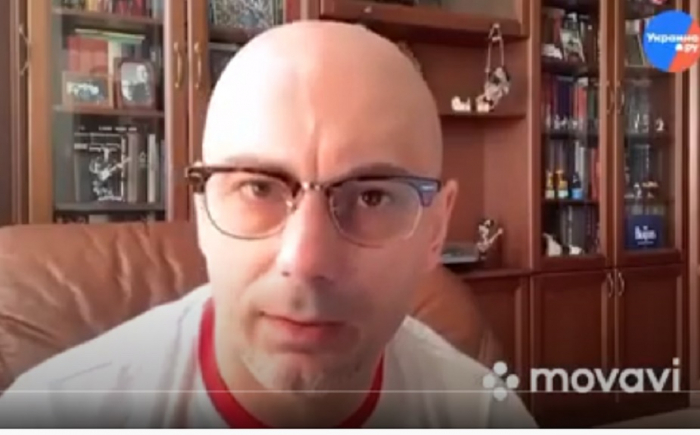 The farther, the more evidence there is that the initiative of the Russian writer Zakhar Prilepin on referenda and the accession of separatists to Russia, including the separatists of Abkhazia and the so-called. "South Ossetia" is not his personal invention, but the plan "launched from above" which in the near future they will try to implement, at least in relation to Abkhazia.

This is also evidenced by the discussion about the initiative of Prilepin, historian and political scientist Armen Gasparyan, a friend and co-lead on the Vesti FM radio station of Vladimir Solovyov, the most-rated television and radio leading Russia.

Armen Gasparyan bluntly states that “South Ossetia” and Abkhazia are “people of Russian global civilization”. But, according to Armen Gasparyan, these and other separatists (Transnistria, the DPR, LPR) are threatened by supporters of the unity of the respective countries.

“... Let’s tear everything with a sword and blood and return it to the bosom of statehood” - Gasparyan is frightening with such “reasoning”. And by analogy, Armen Gasparyan also intimidates Ossetians and Abkhazians: “There are a lot of Mishists, supporters of Mishiko Saakashvili in Georgia and they are doing exactly the same thing. Therefore, here, in principle, a referendum could really be held - and as people say. I am sure that at least 95% will vote “for” that these lands should be part of a single country. (I mean Russia) "

Thus, the mechanism of Abkhazia’s accession to Russia is understandable. Abkhazians are "greatly scared" again by the "terrible Georgian fascist Mishists." In order for the fear to be “more convincing”, the FSB may even kill several Abkhazians, declaring this “the atrocities of Georgian saboteurs”. And to make it clear that only joining Russia will save the Abkhaz from such a “terrible danger”.

Well, then a matter of technology. The referendum - 95% “for” and solemn accession to the Russian Federation. And immediately, Armen Gasparyan’s fellow tribesmen will go to Abkhazia, which is becoming a “subject of the Russian Federation,” buying land and real estate on the Black Sea coast at a price from the impoverished Abkhazians.

Moreover, no one in the world will even know that the Abkhaz as an ethnic group were against joining Russia. After all, there are more Armenians in Abkhazia than there are Abkhazians. A year after joining the Russian Federation will be exactly the same 95%. Well, those Abkhazians who will strongly protest can always be declared "Georgian agents" and neutralized.