Break the deadlock: Georgia gives youth a chance in the occupied territories 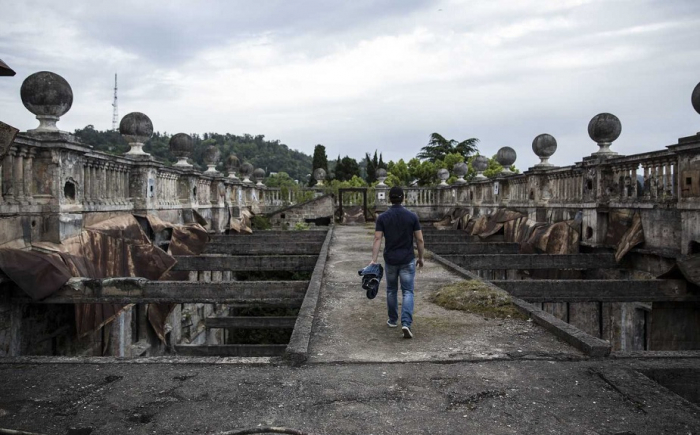 If you ask the inhabitants of the occupied territories - the Tskhinvali region and especially Abkhazia - what concerns them most, the answer will usually be the same: the fate of youth!

At first glance, this answer generally sounds strange. After all, the separatists, if you listen to them, started a war, organized ethnic cleansing of the Georgian population, called on Russian troops exclusively “in the name of future generations”. Those. in the name of the very youth who today are degrading in the separatist territories, are dying and in general, are in a restless state.

“A young unemployed, mired in debt” - this is the most common fate of an Abkhaz youth. There are a lot of unemployed, essentially sitting on the neck of already poor parents, a huge number of young people went into crime, a lot of young people are destroying themselves with drugs. Moreover, involvement in the “unemployed-criminal” sphere does not at all help a person to create a normal family and begin to work normally. But even if young Abkhazians create families, then these families often starve. Normal young families where the father honestly and constantly works and provides a wife and children among the same Abkhaz youth are rare.

In principle, actually, if you look for jobs in the same separatist Abkhazia you can find. But most young people can’t pretend to them for a simple reason - because of a lack of education and qualifications.

It comes to paradoxes, many Abkhazians literally dream that their children leave Abkhazia and get an education somewhere else. At least to break out of the vicious criminal-drug circle of acquaintances. But where to go?

In large cities of the Russian Federation, living and getting an education from a native of Abkhazia which depends on the touristic season (and this year the tourist season has been disrupted).

And it is not a fact that young Abkhazians study at a new place in the Russian Federation and are not lured into the criminal environment. Especially in the neighboring Krasnodar Territory, where all the crime crushed the Armenian lobby (the brightest representative of which Ruben Tatulyan does not even hide his views on becoming the leader of Abkhazia). Armenian criminal bigwigs are actively recruiting the same Abkhazians who come to this Russian region “for grassroots roles”. And just like in Abkhazia, Armenian criminals here “addict” young Abkhazians to drugs.

At the same time, crossing Enguri, on the unoccupied territory of Georgia, young Abkhazians find themselves in a completely different world, where, despite economic difficulties, the criminalization of youth has long been a thing of the past, where talented young people can get a good education and find themselves in life.

The interest to get an education in Georgia, contrary to official separatist propaganda, to find yourself with this education in your future life (and this is possible both at home and in the rest of Georgia and even in Russia and the EU countries where Georgian diplomas are quoted above) has long existed and in Abkhazia and in the Tskhinvali region.

The Georgian authorities decided to meet young talented Abkhazians and Ossetians. The Government of Georgia adopted a decree according to which every resident of occupied Abkhazia, and the so-called “South Ossetia”, if desired, can be enrolled in any Georgian university of their choice.

Applicants do not have to cross the occupation line to submit documents. Young people can simply send the relevant documents to their chosen university by e-mail.

Moreover, for the first time in many years, the Georgian authorities violated the rule of compulsory passing the "Unified National Exam" by making an exception for applicants from the occupied regions.

In addition, the Georgian government will provide grants for the training of ethnic Abkhazians and Ossetians at paid departments of the most prestigious universities, which will make it possible to study for free. Diplomas of some Georgian universities are recognized in the USA and the EU, and in Tbilisi, they hope that this will attract an additional number of applicants from the occupied territories.

The new project of the Georgian government is being implemented within the framework of the EU program “Involvement without recognition” and its Georgian version called “Step to a better future”.

Representatives of separate regimes have so far left Tbilisi’s initiative without comment. And this is not surprising. After all, they have not been able to offer a worthy alternative to their youth over all these years.

As for education in separatist Abkhazia and the Tskhinvali region, even secondary school education has degraded here. Talented young people have to engage in self-education in order to at least somehow reach the level of their peers outside the separatist ghettos. And higher education in the separatist territories has long been a profanity. In principle, it’s possible to “buy” local diplomas, but there’s not much sense in this, because there are no normal teachers and a normal training base, and the so-called “Universities” here do not provide any knowledge.