Abkhazia will be joined to Russia. Together with real estate. In the interests of the Armenian lobby 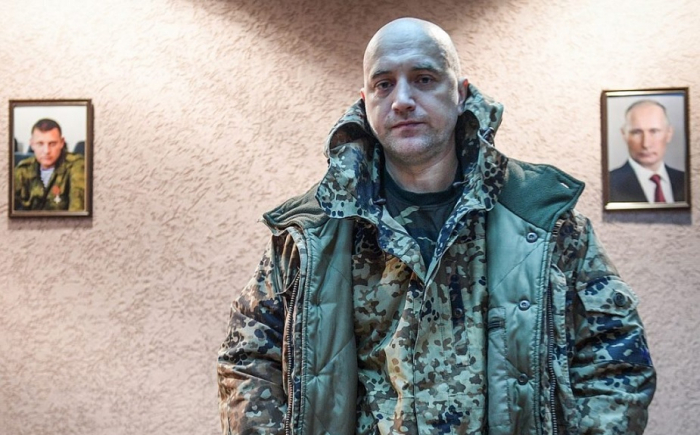 The reaction of the influential Armenian lobby to the unwillingness of the puppet "president" of Abkhazia Aslan Bzhaniya to quickly start selling Abkhaz land and real estate was instant. The Sukhumi puppet did not have time to declare that he was not going to sell Abkhazia for next to nothing (for more details, see the article The riot of the separatist puppet - Aslan Bzhaniya slows down the sale of Abkhazia http://en.kavkazplus.com/news.php?id=5239#.XwiZNygzbIU ) - as he was immediately given to understand that in this case, the need would disappear in him. As in the "independent" Abkhaz state.

The Armenians have long “looked after” Georgian Abkhazia for themselves. They really like it. Abkhazia has been cleared from the Georgian population through the efforts of the militants of the Baghramyan battalion and separatists. Armenia in every possible way prevented the return of refugees by regularly voting against this at the UN General Assembly.

Representatives of the Armenian diaspora in the Russian Federation, Armenians from Armenia, and "Artsakh" have already gathered to acquire tidbits of the Abkhaz coast in their property. Under such conditions, Armenian nationalists do not intend to pay attention to the whims of the separatist puppets in Sukhumi, which are entirely dependent on them.

If puppets do not want to "sell" Abkhaz land and real estate to them "for good," they will not be asked about this. Land and real estate will go to Russia and will be quickly bought up by citizens of Armenian nationality. And how this will happen is already announced.

Associated with the former curator of the separatists, Vladislav Surkov, Russian writer Zakhar Prilepin, or rather his party, “For Truth,” proposed a quick accession of Abkhazia to the Russian Federation. Without any games of “recognition” and “independence”.

The party of Zakhar Prilepin proposed amending the Constitution on the right to annex any territory to Russia following the results of referenda. Prilepin believes that it is necessary to vote on the inclusion of Russia in the self-proclaimed Donetsk People's Republic (DPR), Lugansk People's Republic (LPR), the Transnistrian Moldavian Republic (PMR), Abkhazia and South Ossetia.

It is clear that Prilepin’s proposal really concerns Abkhazia and only Abkhazia. Other separatists are mentioned only as a "background" and no one is going to join them. With Transnistria, the Russian Federation does not have a common border and it is unrealistic to join this territory. DPR and LPR are still not recognized by Russia, the Armenian nationalist Lavrov-Kalantarov always emphasizes that "this is Ukraine." The separatists of Tskhinvali (so-called South Ossetia) have long been asking for Russia and are already fed up with these requests - and they have long been made clear that "you are arranging us as an" independent "state.

As for the referendum and 75% of the votes “for” separatist Abkhazia’s joining Russia, the occupiers and the Armenian lobby have no problem organizing this.

Armenians have already become the largest community in Abkhazia. So, at least 50% of the votes “for” can be considered already by default. Russians, Greeks, and some other minorities give another 15% of the vote in favor. And another 10% can be “bought” from impoverished Abkhazians or “drawn”.

If the Georgians of the Gali district had the right to vote in separatist Abkhazia, it would be difficult to organize 75% of the votes in favor of joining Russia. But the Armenian lobby in 2014 even organized a “Maidan” to deprive the Gali Georgians of separatist passports and all human rights. Including voting rights. Then the near Abkhaz separatists rejoiced at this. As it turned out completely in vain. They themselves created a situation where nothing will stop them from organizing the liquidation of the notorious Abkhazian “statehood” and the actual seizure of Abkhazian land by the Armenian lobby “legally” through a “referendum”.

The so-called "parliament" and "Foreign Ministry" of Abkhazia criticized the proposal of the party "For Truth" to hold a referendum on the inclusion of Abkhazia in Russia.

“The presentation of this election program of the Russian political party encourages us to publicly urge party leaders and social movements to carefully study the specifics and political status of states with respect to which these or those intentions are officially voiced,” the separatist Foreign Ministry said.

What is there to study? Separatist puppets have the “status” of the Kremlin’s complete slaves, are occupied by the Russian Federation, and are completely dependent on it.

At the same time, the "parliament of Abkhazia" stated that such initiatives are extremely "negatively perceived by the people of Abkhazia" and "do not contribute to the strengthening of good-neighborly and friendly relations between the two countries."

The last sentence of the small but proud text of the statement of the Abkhazian “parliament” is generally a masterpiece of either insanity or humor:

“The People’s Assembly emphasizes that the Republic of Abkhazia is interested in building up full-format equal cooperation with its strategic partner and ally, the Russian Federation.”

What can be said about this proposal? If in Sukhumi they tried to make their Kremlin masters laugh, then we can assume that they achieved their goal. Since it is impossible to read a statement about the “interest” of puppets fully supported by the Kremlin in “equal cooperation” without laughing.

In principle, the process of eliminating even the illusion of "equality" has already begun. There are no Russian tourists in Abkhazia. Money too. The population is on the verge of starvation. Another two months of such "equal cooperation" - and the Abkhaz will vote for anything, just to not starve to death.

The world simply will not hear the discontent of Abkhazians. As an omnipotent FSB is able in other regions of the Russian Federation to shut up their mouths with displeasure - everyone knows perfectly well.