PM: Due to some pseudo-politicians, our international partners happen to be involved in internal political disputes 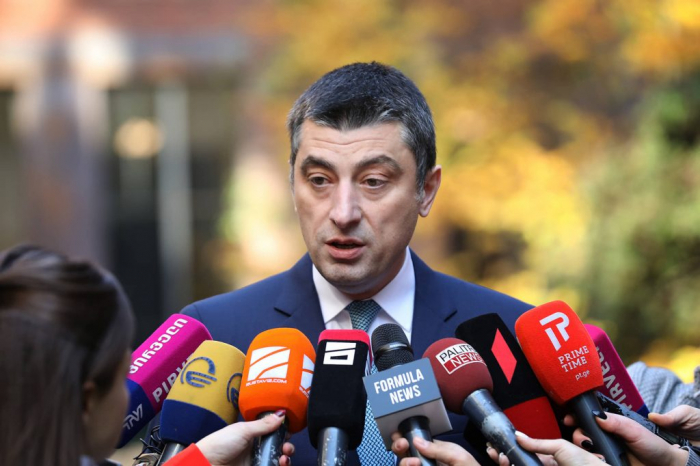 This is an attempt of making our international partners to get involved in an internal political context, it's clear for us, - stated PM Gakharia with regards to House Committee on Appropriations bill which conditions 15% of financial assistance for Georgia.

As Gakharia stated, Georgian progress is not under danger.

"As you know, this is a legislative initiative that needs to go through Committees. Naturally, there's nothing pleasant about it. We all understand that the listed points are the domains where Georgia is having progress on an everyday basis, our colleagues know it well. It seems that the pre-election high political temperature and internal political tension go outside too. As you know, there were a lot of cases like this, I remember exactly similar interpretations on constitutional changes, on the electoral system. However, we all remember well that after adopting those changes there were wonderful appraisals from our international partners. They saw it well that Georgian democracy is progressing. Naturally, we have elections ahead which should be conducted in a fully transparent and competitive environment. We'll naturally ensure it", - stated Gakharia.

The PM also noted that Georgia's international partners are the closest friends of the country.

"Every issue raised by them is noteworthy for us. It was exactly the same with regard to the electoral system. Thus, this is a process. Unfortunately, Due to some pseudo-politicians, our international partners happen to be involved in internal political disputes. This is bad, it doesn't harm certain political groups, but eventually the country itself. Therefore, we all need to calm down and acknowledge that well-organized elections are a mutual goal. We all need to conduct the elections with dignity", - stressed the PM.

In addition, as Gakharia stated, the recent remarks made on international platforms, including from the part of the US, are a signal for the Georgian Dream.

"We need to listen to those initiatives and continue the democratization process as we did. Georgian progress isn't under danger, neither is Euro-Atlantic integration", - added Gakharia.

For the record, the bill recommends not less than $132,025,000 be made available from funds for assistance for Georgia, but it also says that the assistance may not be obligated until the Secretary of State determines and reports to the Committees on Appropriations that the Government of Georgia is taking effective steps to strengthen democratic institutions, combat corruption and ensure that the rule of law in the private sector is consistent with internationally recognized standards.

The document also notes that the withholding of funds doesn't apply to programs that support "democracy, the rule of law, civil society and the media, or programs to reduce gender-based violence and to protect vulnerable populations".