State Audit Office, with the support of USAID, is launching a new project with the U.S. Government Accountability Office 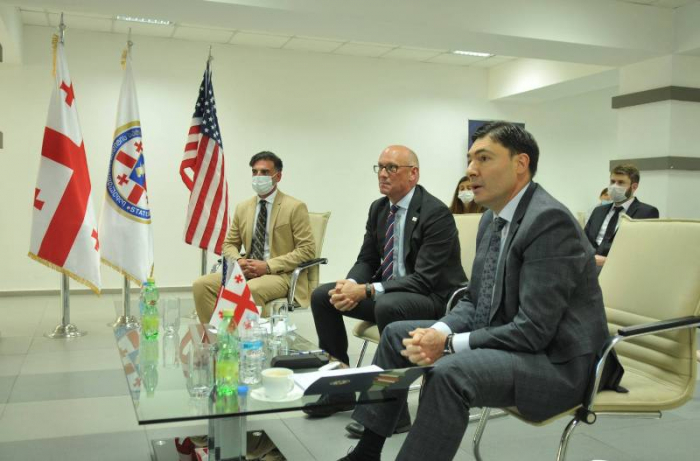 With the support of the United States Agency for International Development (USAID), the State Audit Office (SAO) is launching a new project in collaboration with the U.S. Government Accountability Office (GAO).

As stated by the State Audit Office, the capacity development project of the SAO covers the impact of performance audit findings and areas of professional training.

According to Peter Wieber, the SAO is an important and strong partner of USAID. For the Supreme Audit Institutions (SAIs), it is an exemplary organization that has developed institutional capabilities with the help of the USAID and other donors.

“Based on the relevant data, I can assure that the SAO is the best example of the institution that on the one hand receives technical assistance from the USAID and at the same time directly conducts audits of USAID-funded projects for us and with us.

Today marks the new stage of the partnership between the SAO, USAID, and the GAO which is the auditing institution for the U.S. Congress.

The GAO has chosen the SAO for the partnership, which once again confirms that the SAO has reached a significant stage of development,” Peter Wiebler mentioned in an interview with the media.

The project will be conducted in collaboration with the Center for Audit Excellence (CAE) of the GAO.

The GAO will assist the Georgian SAI in determining the impact of performance audit findings and its modern approaches, developing policy and procedure documents.

In April, the visit of the Comptroller General of the GAO Mr. Gene L.Dodaro and USAID Financial Director Mr. Reginald Mitchell was scheduled in Georgia, which was canceled due to the pandemic.