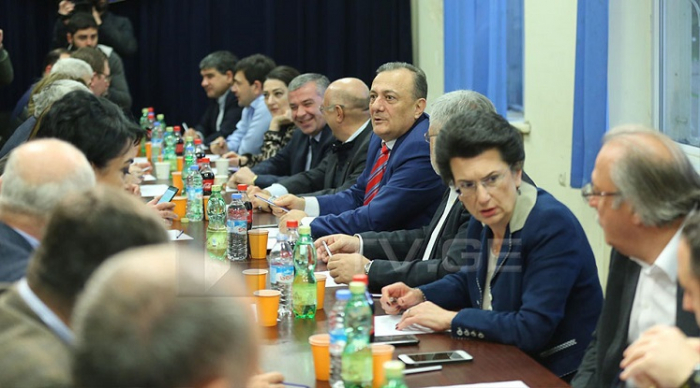 The opposition is unlikely to nominate joint candidates in the regions in the forthcoming parliamentary elections.

The United National Movement MP Roman Gotsiridze says that the party will have individual candidates in the regions with some exceptions.

However, he stated that consultations are still in progress to expand the opposition’s united bloc for the October elections.

The opposition has already nominated joint candidates for six of eight constituencies in the capital.

Two constituencies in Tbilisi still remain unagreed upon and the opposition may be unable to put forward joint candidates in those areas.

Only 30 MPs will be elected per the majoritarian electoral system in the 2020 elections, while the remaining 120 will be selected based on the party-list system.