In 2005, Armenian terrorists wanted to kill the US president in Georgia and are trying to free the perpetrator of the attack ... 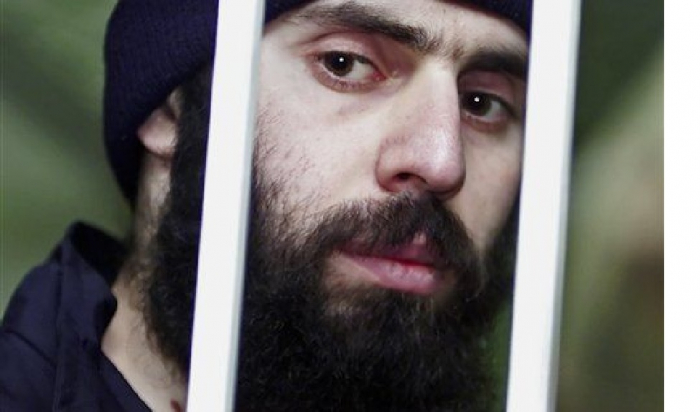 “Caucasus Plus” already wrote that the Armenian terrorist organization “Dashnaktsutyun” in the USA fully supported the anti-Trump “black” Maidan, including riots, attacks on police officers, robbery and beating of white US citizens (even though in some places "Under the hot hand" of the rebels and looters came across Armenians). However, according to many American political analysts, Donald Trump is in real danger. His opponents may well use the “services” of terrorist organizations in order to “liquidate” the current US president. Moreover, the experience of using Armenian terrorists in organizing attempts on the assassination of US presidents is already available and this was stated by none other than ex-president of Georgia Mikheil Saakashvili.

In a recent interview with the Ukrainian Gordon television channel, Mikheil Saakashvili recalled the assassination attempt on US President George W. Bush by the 27-year-old resident of Tbilisi, Vladimir Harutyunyan. On May 10, 2005, Harutyunyan threw an RGD-5 grenade on the rostrum of Freedom Square, where there was US President George W. Bush, who was on a visit to Tbilisi in those days, and Saakashvili himself, the then head of Georgia. The grenade was put into combat condition but did not explode, although it hit the head of a 10-year-old girl, injuring her. The criminal managed to escape from the scene of the crime.

The terrorist was detained only a month later thanks to photographs of a Polish reporter who was shooting the square on that day just in the square where the grenade flew. During the arrest, Harutyunyan put up armed resistance, killing the head of the counterintelligence department of the Georgian Interior Ministry. Poisonous substances and explosives were found in the basement of his house.

Doctors recognized him sane. And during the investigation, Harutyunyan stated that he intended to kill Bush. Moreover, the failed killer claimed to have attempted the American leader once more if he had the opportunity.

During the investigation of this crime, the American FBI put forward the version that the attacker did not act alone. And in principle, in the future, it became clear that Harutyunyan was part of the Armenian terrorist group, and the grenade was made in Armenia.

Of course, everyone was then interested in who was the main "customer" of the crime. Georgian investigators then more “developed” the Russian trace. It cannot be ruled out either since it is known what influence the Armenian lobby in the Russian Federation enjoys.

But at the same time, today the question “to whom is it profitable” can be posed and relying on intra-American realities. The fact is that both George W. Bush and Donald Trump are US Republican presidents. True, the assassination attempt against George Bush took place after the elections in the fall of 2004, at which then George W. Bush re-won and the current "Maidan" against Trump is clearly timed to coincide with the presidential election scheduled for autumn 2020, in which rivals of the current US president are from democratic parties seek to prevent Trump from being re-elected.

But the fact remains that both Bush and Trump now had serious and powerful rivals within the United States. And certain circles hostile to the Republicans could well hire Armenian terrorists for the dirty deed - eliminating their political adversary. Moreover, the Republican Party hates the Armenian lobby in the USA - neither George W. Bush nor Donald Trump succumbed to their pressure to recognize the mythical "Armenian genocide."

Back in 2005, it was strange for many that Harutyunyan did not name either accomplices or customers and the investigation failed to establish them. Usually, such careful preparation of terrorist acts and conspiracy is characteristic of "experienced" terrorist organizations. And here the Armenian terrorists have rich experience, as a rule, performers and “small men” fall into the hands of the police and special services. It is rare to find and neutralize the leaders of the local “cell” of a terrorist organization and even less so find customers.

Vladimir Harutyunyan was sentenced to the maximum possible term of imprisonment - life. And immediately, the Armenian lobby began to do everything possible so that the terrorist would soon be released. As the former Deputy Prosecutor General of Georgia David Sakvaleridze noted: “Harutyunyan is serving a life sentence in one of the Georgian prisons. At the request of the Armenian Catholicos, the Georgian patriarch appealed to the Supreme Court of Georgia and petitioned for clemency of this criminal, but the court and law enforcement authorities categorically rejected this request, making it clear that there could be no question of the clemency of the terrorist. ”

As you know, Echmiadzin historically has been the patron saint of Armenian terrorists (for this back in 1903, the tsarist government of Russia even had to go to confiscate the property of the Armenian church). And the very fact of "intercession" of Echmiadzin for Harutyunyan suggests that it was not a "loner". An Armenian terrorist organization was involved with diplomatic and even “church” cover. Those. the attack would be prepared on the instructions of very high-ranking people. As in Yerevan and Echivadzin, it is so possible in Moscow, and maybe in Washington. Serious geopolitical forces were “hired” by Armenian terrorists.

At the same time, official Yerevan does not abandon attempts to “pull” Vladimir Harutyunyan to freedom. According to the Georgian political scientist Soso Tsintsadze: “If someone in Armenia tries to justify the actions of Harutyunyan, then this does not honor anyone. Harutyunyan, as a dangerous terrorist, was sentenced to life by a Georgian court, and there is no justification for his actions”, he said.