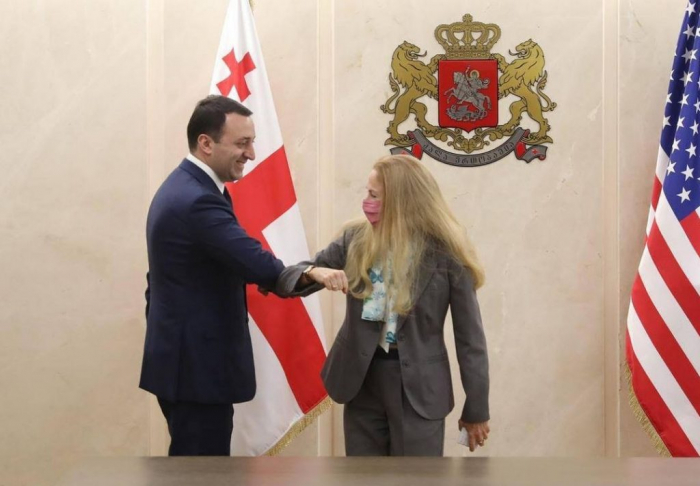 Defense Minister Irakli Gharibashvili met with the Ambassador Extraordinary and Plenipotentiary of the United States of America to Georgia, Kelly Degnan.

During the meeting the sides discussed ways of further strengthening existing U.S.-Georgia strategic partnership and cooperation in defence sphere.

At the meeting, US Ambassador expressed support for the ongoing successful reforms in the Georgian Defence Forces and readiness to further deepen cooperation.