Can Armenia survive without Azerbaijan? 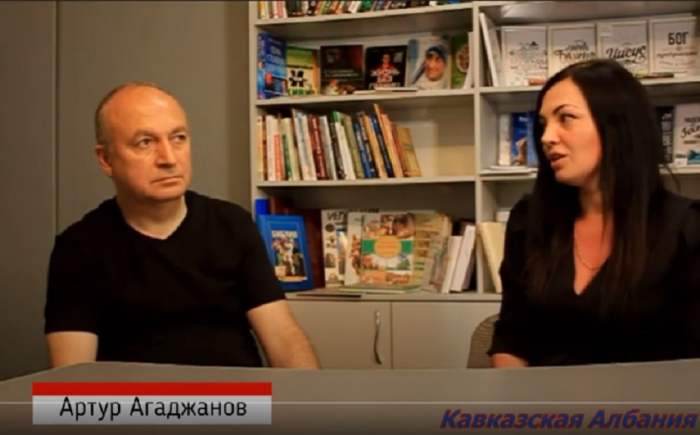 At first glance, the question sounds strange. Indeed, for several decades Azerbaijanophobia and Turkophobia have been the basis of the national consciousness of the Armenians, which the Armenian nationalists are imposing on their people. However, in the modern world, it becomes clear that ethnic nationalism, when hostility with neighbors becomes almost the main goal of the state’s existence, is a hopeless impasse. Many sensible Armenians are beginning to understand this.

In particular, recently the co-chair of the Peace Platform between Armenia and Azerbaijan, Arthur Agadzhanov, in the program “Caucasian Albania” (https://www.youtube.com/watch?v=O6k5s_eGARs&t=22s) uttered words unusual for many Armenians: “I speak for us Armenians strangely enough, there are no people closer than Azerbaijanis ... One can live in peace with these people, I think our relations with them will improve. ”

It is also enough to look at the map to understand that there is no country closer to Azerbaijan than Armenia. The territory in which Armenia is located today (and this is the land of historical Western Azerbaijan) is simply not possible to separate from the rest of Azerbaijan. Especially in a rapidly globalizing world.

The presence of a front line instead of normal borders through which people and goods can freely move is a huge loss for the state in any areas: economy, humanitarian sphere, tourism. Building a normal modern economy on historical nationalist myths will fail. Because myths go against the realities of today's world.

Large corporations circumvent such "fixated" on history and hostility with the neighbors of the country. Investors are scared. It is impossible to organize normal production. Such a state is doomed to eke out a miserable, impoverished existence "on the line of the geopolitical rift", which in principle it provokes itself. Most importantly, residents who do not want to live in poverty and on the front line leave it.

In principle, even when things started to go towards the collapse of the USSR in the early 80s of the last century, by definition, Armenia and Azerbaijan should have lived like good neighbors. The Armenian nationalists, with their demands for redrawing the borders and fomenting the Karabakh conflict, only accelerated the process of the collapse of the USSR and made it bloody, not only in Karabakh, but also in Georgian Abkhazia and the Tskhinvali region, where they also began to provoke separatism and ethnic cleansing.

Meanwhile, if Armenia and Azerbaijan became independent states without the Karabakh conflict, now they, as well as Georgia, were part of the single economic space of the South Caucasus. Armenians used to live in Azerbaijan, including in Baku and Nagorno-Karabakh. Azerbaijanis continued to live in many areas of the Republic of Armenia. There would be nothing worse for the Armenian people. On the contrary, only economic rapid development, due to the lack of borders and interaction with neighbors. Armenia would be an attractive place to live. She would not want to leave. People would not emigrate in search of work, because they could work at home. The Armenians would not leave their state.

Today it is obvious that without normalization of relations with Azerbaijan, Armenia is not viable, no matter who is in power. Different groups will squabble among themselves, and further weakening the Armenian state, since the resources and population on which you can cash in are becoming less and less.

Sooner or later, the question will become an edge: either Armenia ceases to exist or goes to the settlement of relations with Azerbaijan - and only then will the country have a chance for normal development. Of course, it will be painful for the Armenians to realize that more than 30 years were spent not so much in vain, but to the detriment of the Armenian people themselves. Hundreds of thousands of Armenians left the Armenian state forever. Thousands of people died, a huge number became refugees and were forced to start living in a new place from scratch. Who will answer for all this? Who will return the stupidly wasted potential to the Armenian people? Who will restore the gene pool of the Armenians, which on the one hand was actually lowered into a bloody meat grinder in the Karabakh war, and on the other, it is scattered around the world.

However, the sooner Yerevan realizes the need for reconciliation with Azerbaijan, the less there will be new losses. Moreover, keeping afloat Armenia at the expense of such a donor as Russia will not work out with all the will. The coronavirus crisis hit the Russian economy very painfully. And no matter what position the Armenian lobby occupies in the Russian government, it will not be able to redirect resources to support the Armenian state project. Moreover, this support in past years could not get Armenia out of poverty.

Therefore, the leadership of Armenia has little time to change its mind. And for this, you need to listen to smart people and stop looking at Azerbaijan as an enemy. Moreover, Azerbaijan has repeatedly stated that it insists on a peaceful settlement of the Karabakh conflict, to return to internationally recognized borders.