The origins of the territorial claims of Armenia against Georgia 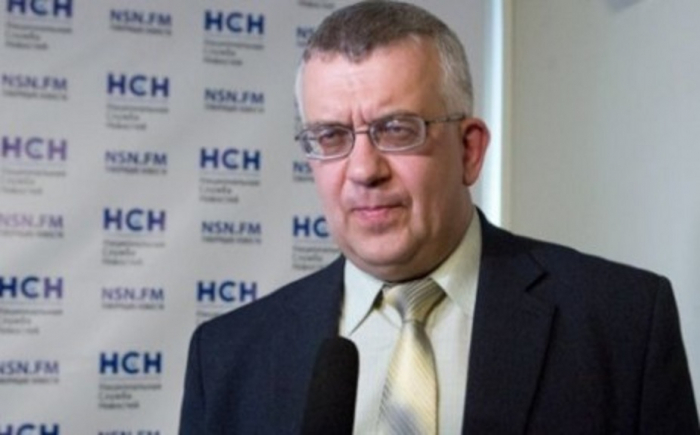 On the Politrus website, the material “The Sources of the Territorial Claims of Armenia against Georgia” was recently published (http://www.politrus.com/2020/06/18/armenia-georgia-5/?fbclid=IwAR0J0PPGkO64Skc6LDyF8NO1tGQm7FSW0o_e9lfIp4GG_VI Russian historian, professor Oleg Kuznetsov. We give this material with slight reductions. From the article it can be concluded that even Russian objective historians who did not even specifically deal with Samtskhe-Javakheti issues and who consider the issue in the context of the general problems of the South Caucasus region understand the absurdity of the territorial claims of Armenian nationalists against Georgia:

“The territorial claims of Armenia against Georgia have long historical roots. In 1828, parts of the Separate Caucasian Corps of Field Marshal Ivan Paskevich during the Russo-Turkish War (1828–1829) captured the Akhaltsikhe and Akhalkalaki pashalyks of the Ottoman Empire, inhabited by Meskhetians - descendants of the Ottoman Turks, and Chveburi - Islamized Georgians.

Commenting on the idea of ​​Armenians living in Abkhazia to create their autonomy in this region, the famous Russian historian, professor Oleg KUZNETSOV said:

- Further to the south lies the Lori Valley, whose indigenous population as early as 1820 fled to Turkey, fleeing the plague epidemic.

Beginning in the autumn of 1828, the relocation of Armenians from Kars began in Lori, but mainly peasants settled there, while the clergy, merchants, and artisans strove to the cities. That is how the modern Armenian population of the South Georgia region began to form, which is now officially called Ninotsminda (today one of the municipalities of the Samtskhe-Javakheti region is inhabited by Armenians as well as the neighboring municipality of Akhalkalaki), although the Armenians themselves call it in their own way - “Javakh ". This name itself appeared (in the terminology of Armenian nationalists, the Georgian name "Javkheti" existed from time immemorial - ed.) Only at the beginning of the 20th century.

At the same time, the territorial claims of the Armenians on the primordial Georgian lands began to appear. Almost immediately after the proclamation of the Republic of Armenia in 1918, the Armenian-Georgian war broke out over Ninotsminda and Borchali.

But the Armenian politicians did not calculate that at that time Georgia was under the protectorate of Germany, its armed forces were created by the Kaiser army instructors, and therefore the outcome of this war was completely predictable - the semi-partisan-semi-gang formations of the Armenians were defeated.

At the time of the Sovietization of the South Caucasus in 1921, the Armenians also failed to realize their territorial claims, since the leaders of the Transcaucasian Bolsheviks were Joseph Stalin and Sergo Ordzhonikidze, who knew perfectly well the political situation in the region, understood the appetites of the Armenians and did not allow them to seize a piece of a foreign land, even Leaving Karabakh for Azerbaijan.

In the early 1990s the presence of the 82nd military base of the Ministry of Defense of Russia prevented the Armenians from realizing the Karabakh scenario in the Ninotsminda region, and if aggression had happened, then Russia would have definitely been recognized as an ally of Armenia in its territorial claims not only to Georgia, but also to Azerbaijan, but The Kremlin could not afford such a scenario, so the region remained part of Georgia, although the situation in it then, as they say, was “thin”.

The withdrawal of this military base from Akhalkalaki to Russia in 2007, carried out at the request of Mikheil Saakashvili, deprived the Armenian separatism of "Javakh" of any material basis, after which the slogan of creating the third Armenian "state" in the Caucasus in Ninotsmind remains only a slogan or ideological goal, up to the practical whose implementation is very far away, and the more time passes, the more utopian this idea becomes.

Nevertheless, this idea is present in the minds of Armenian nationalists, since this region is geographically important for the physical existence of Armenia: all the transport routes leading north to Abkhazia and Russia, two countries where the influence of the Armenian diaspora is great, pass through it in connection with which there is a real opportunity to count on their support.

Therefore, Yerevan spares no resources to maintain separatist fermentation in Akhaltsikhe and Akhalkalaki, where Armenian nationalism, in the face of the powerlessness of the Georgian authorities to change the situation, holds its head high.

But Armenia objectively has neither the strength nor the means to occupy both Karabakh and Ninotsminda - therefore, the territorial dismemberment of Georgia by Armenia in 2008 did not take place, although it was then that there were all the prerequisites.

If Russia then included Abkhazia and South Ossetia, Armenia would no doubt annex Ninotsminda. But this did not happen, the moment was missed, and again it will never happen again.

It is very strange that such ideas are heard in modern Armenia, which is on the verge of economic collapse and social chaos. Perhaps this is the last attempt to consolidate the Armenian community, which is breaking into pieces, using the usual ideological cliches and stereotypes.
After all, the authorities in Yerevan are by no means fools who perfectly understand that the “Armenian dream” has long gone bad, that it will inevitably have to surrender the previously occupied territories of Azerbaijan, and in any case, to leave, either by a peace agreement or after a military defeat, will be shameful.

And suddenly a paranoid dream comes up about joining Javakh ... As the great Russian poet Vladimir Mayakovsky said, "if the stars are lit, then someone needs this ...". It remains only to understand who exactly. ” The end of the article.

It is clear that the Russian historian, who did not specifically deal with Samtskhe-Jvavkheti issues, overlooked many very important points. In particular, the claims of Armenian nationalists on Georgian churches, including in Samtskhe-Javakheti. But he clarified the main trends correctly. Samtskhe-Javkheti, or as it is called in Yerevan, “Javakhk” continues to be one of the areas of potential Armenian aggression in order to implement plans to create the so-called “Great Armenia”. Therefore, the threat of separatism in the Samtske-Javvheti region cannot be underestimated.