At the initiative of Giorgi Gakharia, a phone conversation was held with the Senator Lindsey Graham 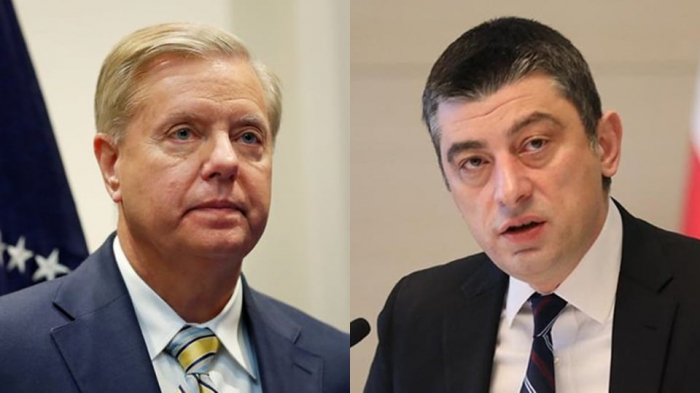 Prime Minister Giorgi Gakharia conducted a call with the United States Senator Lindsey Graham, Chairman of Judiciary Committee, who serves on the Senate Foreign Relations and Appropriations Committees. They discussed the strength of the US-Georgia partnership and ways to continue to advance the close bonds between the two countries.

On behalf of the Georgian people, the Prime Minister expressed gratitude for US support in strengthening Georgia’s healthcare system, specifically the Lugar Center, which has been instrumental to Georgia’s successful efforts to combat the COVID-19 pandemic. The Prime Minister detailed the careful steps Georgia is taking to re-open the country and revive its economy.

The leaders also discussed Russia’s continued illegal “borderization” efforts that are happening in the midst of the pandemic.

Both officials reiterated their commitment to further strengthen political, economic, and security ties between the two allies and further enacting reforms that will support Georgian democracy. The Prime Minister extended an invitation for Senator Graham to visit Tbilisi in the near future.