“Lawyer and human rights activist” Nikoloz Mzhavanadze will not stop in any way, because they forgot to turn off the “distance” from Yerevan because of the coronavirus 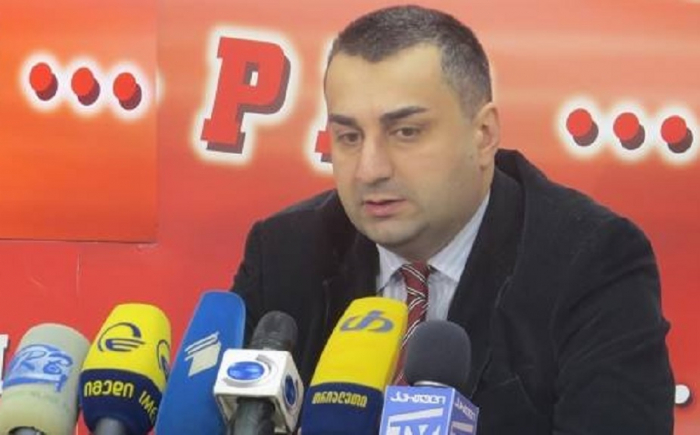 The Armenian lobby and the Armenian embassy in Georgia use almost any internal problems of Georgia in order to fulfill the task, which is to drive a wedge into interstate, strategic Georgian-Azerbaijani relations. And the situation with coronavirus is no an exception.

Recall that currently strict quarantine has been introduced in the municipalities of Marneuli and Bolnisi, where a significant part of the population is ethnic Azerbaijanis. It is clear that the population in these municipalities, as well as other places in Georgia, where strict restrictions are imposed (and this is also some villages of the Kobuleti municipality, and until recently, the Lentekh district), have some dissatisfaction with the inconveniences. Moreover, this discontent does not depend on nationality.

Both Georgians and Azerbaijanis are worried about the fact that they have difficulties due to quarantine with the implementation of agricultural products and spring fieldwork. In addition, various sometimes unreliable, and sometimes simply provocative rumours circulate in society.

On Friday, May 1, 2020, residents of the village of Mushevani of the Bolnisi municipality did not want their villagers who confirmed the coronavirus to be hospitalized in a Tbilisi clinic. Of course, there were unreasonable fears on the part of people, and perhaps nervous tension and a state of uncertainty that had accumulated with quarantine played a role.

But the incident was quickly and safely resolved the next day. Residents in the village were convinced that their villagers would be provided with qualified assistance and that families would not be separated, as the hospitalized were afraid of.

The majority deputy of the Georgian parliament from Bolnisi Gogi Meshveliani fully explained the essence of the incident. According to him, the persons who caused the incident did not have symptoms characteristic of coronavirus and, accordingly, they wanted to be left at home and carried out additional studies.

“These people had no symptoms, so they demanded that they are treated, or conduct follow-up studies at home. To this was added the fact that neighbours in an uncertain state became witnesses of this, the people gathered .... Together with the leaders of the local government and the head of the regional police, we met with an infected family, clarified the situation to them, said that the transfer to a medical institution is primarily in their interests, and all this is done to protect their own health and lives. These people believed us and they were transported. We explained to them that the clinic has more options for research,” said Meshveliani.

Thus, there was no national, ethnic, or political background to what happened.

However, this incident deliberately used once again and for another reminder of the allegedly "David Gareji problem" a famous provocateur, an employee of the Armenian Embassy in Tbilisi - Nikoloz Mzhavanadze. On his page in the FB, Nikoloz Mzhavanadze accused the peasants of the village of Mushevani (mostly ethnic Azerbaijanis) not a little, but rather of “separatism”. He imagined that “Azerbaijan is ready to send troops” to both the village of Mushevani and the Kvemo Kartli region. And, of course, he mentioned David Gareji in an anti-Azerbaijani vein.

At the same time, Nikoloz Mzhavanadze has nothing against the fact that dozens of Georgian Orthodox churches are located in the municipality of Bolnisi, to which the Armenian church officially claims. “Protector David Gareji” is ready to present these temples to the Armenians without any questions.

In other matters, it’s clear who the hysteria was designed for by Nikoloz Mzhavanadze. This is the pro-Armenian fifth column in Georgia, which in every possible way wants to force certain groups of people to invite their neighbors, Azerbaijanis.

It is such people who are the object of the hysterical provocative propaganda of Nikoloz Mzhavanadze, which will bring nothing but a worsening of the situation in Georgia. People like Mzhavanadze simply dream of fomenting internal instability, internal conflicts so that Georgia ultimately turns out to be defenseless against external aggression.

At the same time, naturally, Mzhavanadze and his accomplices have nothing against real separatism in Samtskhe-Javakheti. They did not react at all to the fact of the attack of local Armenian extremists on the Georgian police with the aim of seizing the Georgian cathedral Kumurdo. There is no response from the “Mzhavanadze team” to the transfer of the border into the interior of Georgia and the capture of the Khujabi monastery.

There is no doubt that if it is possible for people like Nikoloz Mzhavanadze to jeopardize a transit project with the participation of Azerbaijan, Turkey and Georgia passing through the territory of Samtskhe-Javkheti, then this will be a huge problem for Georgian statehood and the Georgian economy.

Indeed, today the same transit in the conditions of the actual cessation of tourism due to the coronavirus epidemic is becoming almost the only promising industry that can support the Georgian economy afloat.