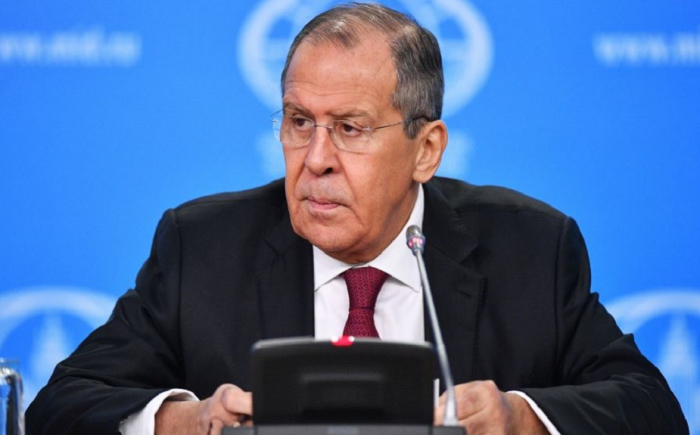 The coronavirus epidemic came as a surprise to most politicians in the world. Including those who hatched the idea of building their "great" states, based on historical myths due to the seizure of foreign territories. This is primarily about Armenia, which still occupies 20% of Azerbaijan and is not going to implement the UN Security Council Resolutions requiring the de-occupation of these territories.

Although the fighting efficiency of the Armenian army, as the events of April 2016 showed, is poor, the powerful Armenian lobby in the USA and Russia is doing everything to freeze the de-occupation process.

Moreover, the roadmap for this process has long been developed. It involves the de-occupation primarily of Azerbaijani territories outside the former Nagorno-Karabakh Autonomous Region, and these are seven administrative regions. And the postponed status of Nagorno-Karabakh itself, while maintaining the principle of the inviolability of the territorial integrity of Azerbaijan.

According to most international analysts, sooner or later the process of de-occupation should be started, but the Armenian side is bargaining in every possible way, trying to delay the start of de-occupation and reduce the number of de-occupied districts. Recent agreements reached in Kazan involve the de-occupation of at least 5 administrative districts around Nagorno-Karabakh at the first stage.

These agreements were recently recalled by Russian Foreign Minister Sergei Lavrov-Kalantarov, who, until recently, had as much as possible inhibited the de-occupation process since he is an ethnically Armenian nationalist. However, now it seems that he himself is beginning to “push” towards de-occupation.

On April 21, 2020, during an online round table organized by the A. Gorchakov Public Diplomacy Foundation, Sergey Lavrov commented on the Karabakh conflict and stated that there are documents that suggest its phased settlement:

“There are Madrid principles, there are documents that were prepared by the Russian Federation in 2010-2011, the so-called Kazan document. There are projects that were distributed in Moscow at the meeting of the Ministers of Foreign Affairs of Russia, Armenia and Azerbaijan with the participation of the co-chairs last April, and they are now being actively discussed,” the media quoted him as saying.

Lavrov-Kalantarov noted that these documents mean "progress towards a settlement based on a phased approach, assuming at the first stage the solution of the most pressing problems, the liberation of a number of areas around Nagorno-Karabakh and the unblocking of transport, economic and other communications."

What is the matter? Why did the Russian Foreign Minister recall the settlement of the Karabakh conflict, which until recently had slowed down itself?

To begin with, the Armenian top leadership in Russia is currently very unsure of whether Russia will be able to further maintain its interests and those of the “allies” outside its territory.

A sharp drop in oil prices put the Russian economy on the brink of collapse. Initiated by the same Armenian lobby, headed by Russian Prime Minister Mikhail Mishustin, “digitalization” and regional arbitrariness in quarantine measures and in the so-called “self-isolation regime” actually launched the inevitable disintegration of Russia.

Of course, Kalantarov, Mishustin, and other representatives of the Armenian "fifth column" in the Russian Federation, even in the event of a collapse of Russian statehood, will not be left out. They “looked after” for themselves and their fellow tribesmen the territory under the “new Armenian state”. By its natural resources, it is much more attractive than the territories on which the Republic of Armenia is located.

We are talking about the Krasnodar Territory of the Russian Federation and the occupied Georgian Abkhazia, where the Armenian community is completely dominant. The collapse of Russia will only bring closer the creation of a "new Armenia" on the Black Sea coast. However, at the same time, it will make military assistance to the Russian Federation of Armenia practically impossible if the conflict around Karabakh escalates.

Therefore, it is important for the Armenian lobby in Russia today to do everything so that Azerbaijan, having the illusion of a peaceful resolution of the Karabakh conflict, does not take advantage of the possible geopolitical collapse of Russia and does not liberate the occupied territories with military force.

Most likely, that’s why it was decided to start, very slowly and with a creak, an alleged “discussion of the de-occupation process”. However, while they will agree on the various parameters of this process, while negotiations will be conducted (if they are finished, the situation may change).

Yerevan hopes that over time the same Western Armenian diaspora will be able to give more guarantees of military assistance to Armenia from the West. In addition, the Armenian lobby can completely seize power in what remains of great Russia and, accordingly, throw the last forces of a dying Russia to the aid of the Yerevan regime. Other options are possible.

Now, for Lavrov-Kalantarov, it’s important, under allegedly “promises to begin de-occupation,” to achieve at least partial unblocking of Armenia. Because, otherwise, the Armenian economy expects a complete collapse. What, of course, neither Kalantarov nor the Yerevan regime have is a real desire to begin de-occupation.

Moreover, the beginning of a real de-occupation of Karabakh may create an undesirable precedent for the Armenian lobby. After all, the question of a similar de-occupation of Georgian Abkhazia will immediately become. But this is what Armenian nationalists do not want to allow under any circumstances.

They are likely to sacrifice Karabakh and Armenia, then to lower such booty - the lands of Georgian Abkhazia, which generations of Armenian nationalists did not even dream about. Unlike the cold mountainous uplands of the present Republic of Armenia and Nagorno-Karabakh, this is a territory on the seashore and with a wonderful climate, and most importantly, the Armenians here already feel like full masters.