Will the Krasnodar Territory become “the republic of Serzhik Harutyunyan”, bordering with “Abkhazia of Ruben Tatulyan”? 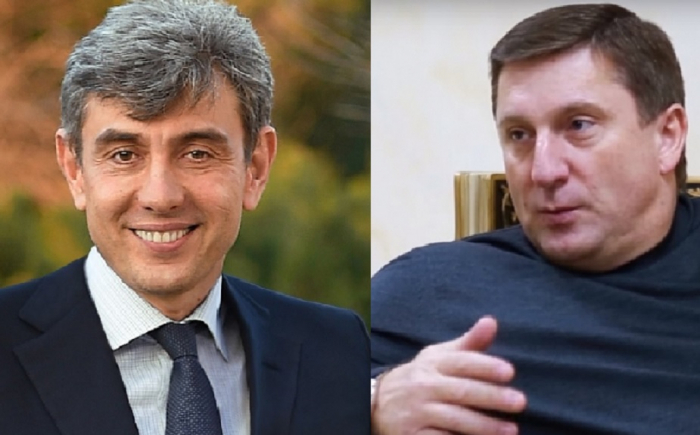 The fact that in the Russian Krasnodar Territory almost the entire economy is in the hands of a businessman of Armenian nationality is no secret. Also, a mass of ethnic Armenians occupies important posts in government and among the leadership of the security forces. However, the head of the region, the governor Veniamin Kondratyev, has no direct relation to the Armenian community.

But since the head of the Russian government is the semi-Armenian Mishustin, who imposed on the Russian regions an absolutely unconstitutional regime of self-isolation, Kondratyev is forced to listen to him, and to the detriment of himself and his region.

According to the “order” of Mikhail Mishustin, the cruellest regime of “self-isolation restrictions” was introduced in the most densely populated regions of the Russian Federation, which are of strategic importance. Among them, in one of the very first places to limit the freedoms of citizens of the Krasnodar Territory. Authorities are forced to give preferences to businesses related to Armenian communities.

But this was not enough for the Armenian lobby. Local Armenians, offended by the governor of the Krasnodar Territory, began to complain that the head of the region allegedly refused them state support. Armenian businessmen began to complain to their fellow countryman Mishustin and threatened that in the Kuban “an ethnic conflict could begin”.

In conditions of “quarantine self-isolation” and separation of Russians, the advantages of a “welded” Armenian community over Russians in the Krasnodar Territory become enormous. In principle, the “organizing power” of Russians could be the Orthodox Church. Kondratyev, by the way, didn’t close the churches for Easter by the unspoken order of Mishustin, which caused the anger of the semi-Armenian, who is clearly the head of the Orthodox Church, who holds the post of head of the Russian government. However, it is obvious that pressure and persecution on the part of Mishustin will only increase in the Orthodox Church in Russia.

The Russians also turned out to be completely defenseless in the Krasnodar Territory due to the fact that law enforcement agencies, where representatives of the Armenian lobby were seated, mend restrictions on businesses that were not Armenian, primarily agricultural. As noted recently, the famous Russian economist Mikhail Delyagin in the Krasnodar Territory specifically restricts access and access of agricultural machinery to farmland under the pretext of “fighting the coronavirus”. On fields spread out over hundreds of hectares, only two people are sometimes given a “pass” to work, which is simply a mockery.

Sowing in the Kuban this year will be disrupted. Governor Veniamin Kondratyev can be made “extreme" for this.

But the one who will be nominated by the governor of the Krasnodar Territory in the place of Kondratiev, and in the future (given the separatist tendencies clearly initiated by the same Mishustin in the regions of Russia) by the potential leader of the independent "Krasnodar" or "Kuban Republic", is fine. And there is such a candidate.

Sergey Galitsky-Harutyunyan is the richest representative of the Armenian diaspora in the Russian Federation. However, a paradox: about a year before the current coronavirus hysteria, Harutyunyan-Galitsky officially left the business by selling his largest asset - the Magnit supermarket chain. Then Sergey Galitsky-Harutyunyan announced the plans for the future as follows: “I graduated as an entrepreneur. I am ready to participate in social projects in the city. Because I am a rich man, and I believe that rich people should do this ... I want to build beautiful parks in Krasnodar, I want us to just live the life of ordinary people here and be proud of our city, its roads. And I believe that it is important that rich people, where they live, should improve the conditions that exist. ”

In fact, a year ago Serzhik Harutyunyan began his “political PR”.
Judging by his statements, Harutyunyan clearly intends to go into politics, and not in Moscow, but in Krasnodar. Thus, the nomination of Harutyunyan-Galitsky as the leader of the region began already at least a year ago. And his compatriots, including the main Kremlin propagandist Margarita Simonyan, contribute in every way to him.

While everything was “calm”, the popularity of Harutyunyan-Galitsky in Krasnodar could not equal the popularity of the current governor Kondratiev. But now the people are slowly starting to “get wild” from quarantine self-isolating restrictions, which were initiated, in principle, primarily by Mishchustin and the Armenian fifth column in Russia. And again, all the negativity goes to Kondratiev.

Armenian propagandists, led by Margarita Simonyan, are doing everything possible to demonize and pour portions of dirt on the Krasnodar governor in every possible way. So in September 2019, the Nezigar channel, associated with Margarita Simonyan, accused Kondratyev of patronizing the Russian Cossacks in Russia and not the “ancient long-suffering people”:

“Since 2017, he has been trying to create a “Cossack economy" here: it is planned to distribute 300-500 hectares of land free of charge, the Cossacks themselves are being pulled into the governing bodies, and even the Cossack police are being created.” - wrote "Nezigar" then.

Nezigar TV channel also did not like the fact that Kondratyev was acting in the interests of Russian statehood, condemning him to aggravate the national question. "Instead of searching for some kind of balance, the Kuban is being cleared of objectionable minorities ... Armenians are methodically ousting the region," the channel wrote. (try pushing them out- ed.)

At the same time, the author of the text even then decided to set Kondratiev as an example of the main local businessman - Sergey Galitsky (Harutyunyan), the president of the Krasnodar football club and the ex-head of the Magnit retail chain.

Blackmailed by the Armenian lobby, Kondratyev today is forced to comply with the anti-constitutional orders of the same Mishustin. He has no alternative, especially since these instructions are zealously sought by regional officials related to the Armenian diaspora.

Under the influence of the negative and dissatisfaction of the people with the regime of “self-isolation”, Kondratyev’s resignation is more than likely. And then, considering just the enormous financial resources of Harutyunyan-Galitsky and his connections in the Kremlin, the governorship of this representative of the Armenian diaspora becomes a “technical matter”. But that's not all!

Among the tribesmen of Harutyunyan in the Krasnodar Territory, Ruben Tatulyan has tremendous weight, especially in the criminal world, who at the same time “laid his eyes” on the Georgian Abkhazia occupied by the Russian Federation. There was already a scandal when Tatulyan was clearly pushing the then-candidate for the so-called “presidents of Abkhazia”, who had recently won the election of Aslan Bzhaniya, to sell land and real estate in Abkhazia. Naturally, representatives of the Armenian diaspora. And Tatulian’s plans for Abkhazia are much more ambitious. He himself marks the post of the separatist "president." This, despite the recent elections in Abkhazia, is more than real.

After all, Aslan Bzhaniya became a separatist “president” at the most critical moment for Abkhazia, when all help from Russia and especially the tourist flow were stopped, and the population was already poor. A few more weeks of this situation and in Abkhazia, hunger riots can start corny. And here, as the "savior" of the separatist "republic", a rich businessman Ruben Tatulyan may appear. Given the total control of the Armenian community over the separatist economy, its presidency in Abkhazia could become a very realistic prospect.

Then it turns out that on the Black Sea coast there will be two “state formations” controlled by the Armenians - Serzhik Harutyunyan and Ruben Tatulyan. That is, a long-standing project is being implemented for the Armenians to gain a “new homeland” in the Caucasus. On Georgian, Russian, and Circassian lands. How this can end for the indigenous population is very well demonstrated by the fate of the indigenous population of the Azerbaijani Yerevan and Karabakh khanates, who was expelled from the native land by Armenian nationalists.