Georgia in Armenia is being cited as an example. It will only get worse in Armenia 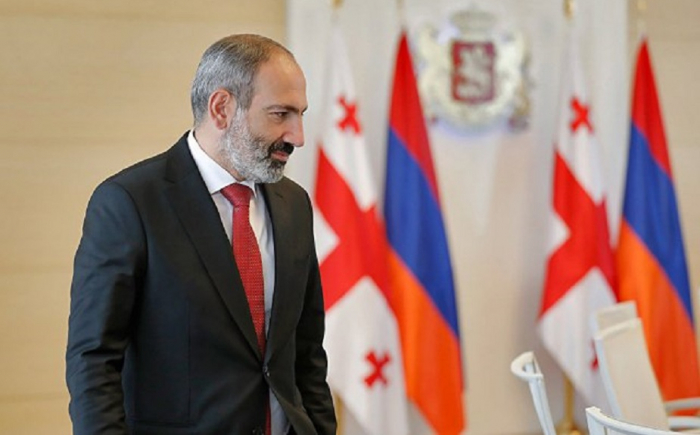 On April 13, the state of emergency was still extended for a month in Armenia. According to the decision of the Armenian government, the state of emergency is extended for another 30 days: from 17:00 on April 14 to 17:00 on May 14. That is, at least another month the economy of Armenia will be “stopped”, and its citizens will be in a forced “shutter”.

With the current situation with a total stoppage of the economy and border closures, the countries that were initially blockaded due to their aggression against their neighbors are in the worst situation. And the Republic of Armenia here, it seems, will be a kind of "champion on problems."

Not only that, but huge funds from the budget of Armenia are also spent on military needs and the retention of occupied Azerbaijani Karabakh. The country is completely non-self-sufficient and completely dependent on imports of most consumer goods, especially food.

In Armenia, a huge deficit in the foreign trade and balance of payments and the Armenians remaining in Armenia, in fact, live due to the fact that their relatives who are on a job send, mainly in Russia. Meanwhile, in Russia due to self-isolation and quarantine, as well as falling prices in commodity markets (primarily oil prices), a collapse is planned. The mass of Armenians who were on earnings in Russia lost their jobs. Some of them returned to Armenia. Other of them remained in Russia - they can’t send money to their near and dear ones, because they will soon have nothing to live for because of unemployment.

Armenia depends on imports of the same food from Russia, but here, through the efforts of the same Armenian lobby, the situation is close to critical. The sowing campaign is threatened in most agricultural regions, especially in the Krasnodar and Stavropol Territories. And this means that the crop in Russia will be lower than last year and prices will inevitably arise.

Russia may lack the food itself. Regions of Russia, under the pretext of quarantine, are already setting up roadblocks and crossing borders. So far, goods have partially passed, but food problems will begin and stop doing so. This means that it may not be possible to transport food products from same Russia through Georgia, they will get stuck somewhere on the admin border of the Krasnodar and Stavropol Territories (all the more so in the Krasnodar Territory, whose economy is controlled by the Armenian diaspora, the separatist “quarantine” trends already there).

The Republic of Armenia, if current trends continue, faces the sad prospect of social disasters, hunger, and deprivation, for which the Armenian society is completely unprepared. If during the Karabakh war at the beginning of the 90s the impoverishment of the people was explained by the war, then now the upcoming cataclysms cannot be explained.

Even today, Armenian society is dissatisfied with the level of social protection of citizens.

So, political observer Vladimir Sargsyan in 168.am edition (https://ru.168.am/2020/04/10/22094.html?fbclid=IwAR1R4u84vyyRWzs28pm1UMAGGsuWAjS2o2uSZpOACCe-7vcOcWPwU0h4) the Armenian government has given Georgia as an example, if it happened earlier Armenia would be regarded almost like a "betrayal":

“Georgia will cover for March, April, and May this year utility bills from people living in Georgia, electricity consumption not exceeding 200 kilowatts, and will close payments for pipeline gas expended by subscribers to 200 cubic meters. and will reset the amount for used drinking water.

And in Armenia, starting July 1, the price of gas for physical consumers is likely to increase by 36%.

And, accordingly, subscription payments for pipeline gas consumption will be calculated from 1000 cubic meters. not for 100,000 drams, as it is now, but for 135.9096 drams.

We understand that Armenia is not England and not Germany.

But Georgia is exactly the same post-Soviet country as ours.

However, unlike Pashinyan, Gakharia does not come up with some kind of intricate support schemes from the state to society, in which there are more words and little assistance to those in need, but he passes through himself all the drama of the circumstances and renders his citizens, unlike Armenia, a serious financial and material support in the form of preferences.

So the citizens of Armenia can, should and must ask the current Prime Minister:

“... Pashinyan! Why are Armenian citizens worse than Georgian citizens?”

And this is far from a rhetorical question, because if we do not preserve the system that forms part of the people, then we will lose the state.”

It is becoming apparent that the Pashinyan regime is driving the country's economy into a dead end, a way out of which is not visible. The main export product of the Republic of Armenia - the products of the mining and metallurgical complex, plummeted in price on world markets. And many mines and mining and processing plants will just have to close. All this poses a threat of significant social upheaval.

The Armenian leadership will objectively be forced to simply save at the expense of the army and the content of the occupied territories of Azerbaijani Karabakh. As a result, the continuation of the occupation of foreign lands while maintaining the blockade may become a question of the general existence of the Armenian state.

No one is stuttering about this in Armenia yet, but as the situation worsens, the issue will become an edge - either survival or continued occupation and death. The starving countries under blockade will not be able to extend military spending yet, especially if, thanks to the efforts of the Armenian lobby, Russia is on the path to collapse.

Indeed, in this case, Armenian nationalists theoretically can grab a piece of land in the Russian North Caucasus, creating a second Armenia on the territory of the same Krasnodar Territory. However, there is no strength and it is not possible to maintain the Republic of Armenia itself in Russia, which is divided into separatist regions.