Illegal coronavirus elections in the occupied territories of Azerbaijan 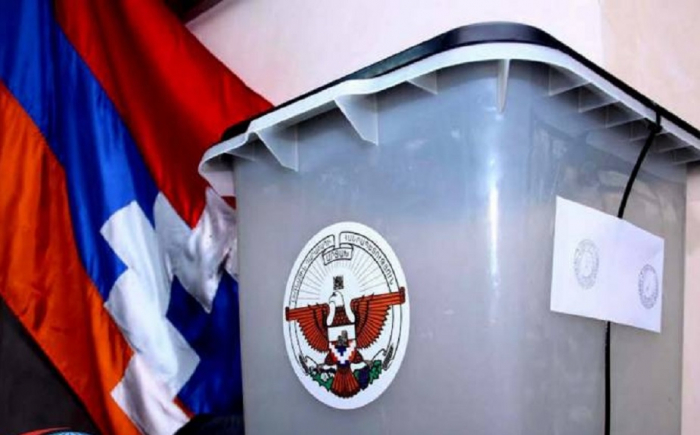 Despite the epidemic of coronavirus and the fact that the Republic of Armenia, occupying Azerbaijani territories, is the leader in the number of infected among the countries of the South Caucasus, the Yerevan regime decided to hold the so-called "elections" in the so-called separatist "NKR". The elections were specially held on March 31, 2020, on the day of memory of the victims of the genocide of Azerbaijanis by the Dashnaks and Bolsheviks in 1918.

The puppet "president" and deputies of the separatist "parliament" of the so-called "NKR" were elected. The international community unequivocally recognized these elections as illegal, since the majority of the indigenous population of the occupied territories do not take part in them. As you know, over one million Azerbaijanis were expelled from their homes by the invaders.

However, the Karabakh Armenians, due to the catastrophic decline in living standards during the period of occupation in Karabakh, are very few. This is noted even by independent Armenian journalists, emphasizing that the separatist regime artificially overestimated both the population of occupied Karabakh and the number of voters.

According to the so-called "Central Election Commission of Nagorno-Karabakh", in the separatist "republic" allegedly 103,663 voters.

“Stepanakert journalist, editor of the newspaper” Third Force Plus” Vahram Aghajanyan notes that this figure is clearly not true and is aimed at openly misinforming the public of Armenia and the foreign Armenian diaspora.

“In order to have 103,663 voters, it is necessary that the population of Nagorno-Karabakh reach 140-150 thousand people. And just such a figure is voiced by the mouthpieces of the NKR authorities, without blinking, stating that about 150 thousand people live in the NK.

That is, following the "logic" of the protégé of [the former head of Armenia] Serge Sargsyan - Bako Sahakyan and his Central Executive Committee, for 32 years’ people in Nagorno-Karabakh were not born at all and did not die - as there were 150 thousand people in 1988, 150 thousand remained. Here is such a strange, to put it mildly, demographic "stability".

According to clarifying information, the population of Karabakh is now about 100 thousand people (maybe a little more: no one knows the exact number because it is deliberately hiding by the authorities). And this means that the number of voters in Karabakh is 60-65 thousand people. And this, in turn, means that the NK authorities are preparing to falsify the election results, ascribing to the pro-government candidates about one-third of the voters - approximately 40 thousand people” - writes epress.am

In reality, the picture is much sadder than even opposition Armenian journalists indicate. According to experts, out of the 150 thousand people who lived in Nagorno-Karabakh before the occupation, today, at best, 50 thousand Armenians and then mostly pensioners remained here.

The youth leaves the occupied territories. Many Armenian villages of Nagorno-Karabakh were empty. More or less “appearance of life” is created only in the separatist capital “Stepanakert” (Khankendi).

It was obvious that at the current not only that the initially illegal elections in the separatist NKR, large-scale fraud will be fully involved. Due to non-existent voters, the Pashinyan regime will simply “draw” votes for its candidates.

Simple arithmetic. If 50 thousand people actually live in Karabakh, then voters out of them are no more than 35-40 thousand. The occupiers “drew” over 100 thousand voters. Thus, even if all real voters voted for a candidate unwanted by Pashinyan, he would easily have corrected this so-called “popular expression” by adding voices to the “right” candidates at the expense of non-existent dead souls. And so it happened.

On the eve of the elections, some Armenian pro-Russian media predicted a victory in the election of the separatist “NKR President”, who remained faithful to the Karabakh clan and personally ex-President of Armenia Robert Kocharian, a participant in the separatist war, Vitaly Balasanyan. Major General Vitaly Balasanyan, known for his role in the Karabakh war, built his campaign on criticizing the new Armenian government and Pashinyan as “the project of the West”. And "independent polls" showed significant support for this policy by the population of occupied Karabakh.

However, according to the first results of the calculations, it turned out that Vitaly Balasanyan, who emphasized the harsh criticism of the Pashinyan regime in the election campaign, took only third place. And does not fall into the second round. In the first place, the separatist “prime minister” Araik Harutyunyan who crossed over to Pashinyan’s side, in the second place, also the “defector” and even more ardent Pashinyan supporter the head of the separatist so-called “Foreign Ministry” Masis Mayilyan.

That is, in addition to the fact that the elections are illegal, they are a complete farce and falsification, even in terms of the mood of the remaining residents of Karabakh. However, from the point of view of the coronavirus epidemic, the current so-called elections are likely to lead to its local outbreak in the occupied territories. Especially when you consider that the Pashinyan regime might not invite Karabakh Armenians to the polling stations - all the same, the desired result would be "drawn".

Despite the fact that its organizers pointedly used medical masks and gloves when voting, the virus clearly spread through polling stations. This was not a little contributed by the misinformation of the occupation regime, which simply did not record cases of coronavirus in the occupied territories even when, on the eve of the elections, the number of officially detected infected people in the Republic of Armenia reached 500 (actually, according to experts, more than a thousand). That is, in reality, in the occupied territories themselves there were at least several dozen infected, if not hundreds.

Those. the day of illegal “elections” became the day of the mass spread of coronavirus infection in occupied Karabakh. Given that the majority of the population remaining in the occupied territories of Karabakh, the elderly and the elderly, this is mortally dangerous for them. Especially when you consider that medicine in the occupied territories has completely degraded and the sick will simply not receive the necessary help.

The Pashinyan regime deliberately threatened the health and life of the Armenian population remaining in the occupied territories, which, by all laws, are full citizens of Azerbaijan. Diseases and deaths among the Karabakh Armenians from the epidemic of the coronavirus, if any, will now be on the conscience of the Pashinyan regime.

But the Pashinyan regime reached its goal. Pashinyan managed to completely remove from power and expel representatives of the Karabakh clan in the occupied territories, who are still betting on Russia, to the ranks of the marginalized. Russia definitely suffered a defeat in this separatist project. From now on, she will be forced to feed, supply and support, and protect her unique enemies and Western puppets. What after the so-called elections became not only the fact of the Pashinyan regime in Yerevan hostile to Russia but also the puppet separatist regime of the so-called "NKR" in the occupied Azerbaijani territories.